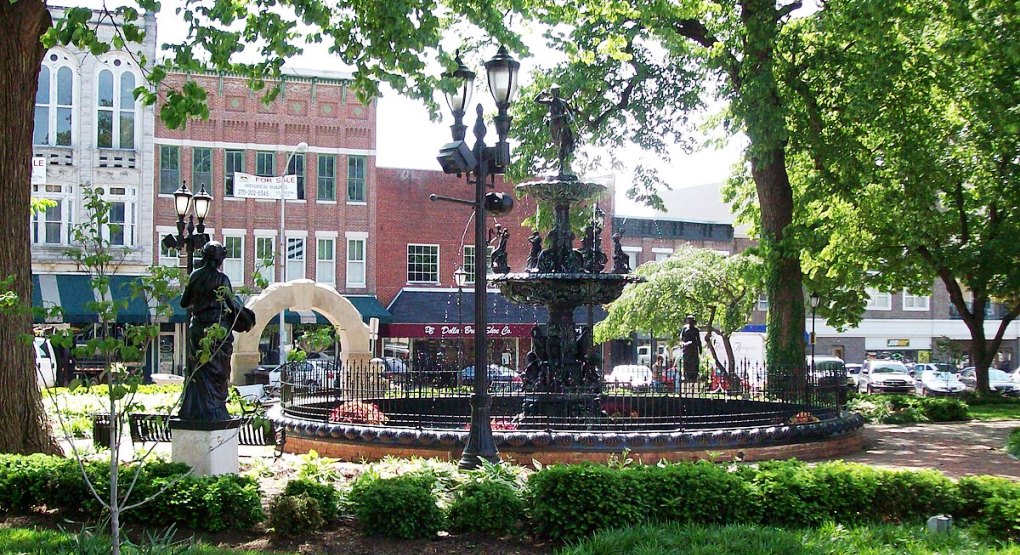 Bowling Green is the county seat of Warren County, Kentucky. In 2017, its population of 67,067 made it the third most-populous city in the state (after Louisville and Lexington.)

Founded by pioneers in 1798, Bowling Green was the provisional capital of Confederate Kentucky during the American Civil War.

Today, the city boasts several major employers, such as General Motors and Fruit of the Loom. In fact, GM’s Bowling Green Assembly Plant has been the source of all Chevrolet Corvettes built since 1981.

Bowling Green is also home to the state’s second-largest public university, Western Kentucky University. In 2014, Forbes magazine listed Bowling Green as one of the “Top 25 Best Places to Retire in the United States”.

But the city’s downtown and surrounding neighborhoods weren’t always as lovely as they are today.

Back when Bowling Green’s current mayor, Bruce Wilkerson, was still a city police officer in the 1970s, he spent a lot of time in the high-crime area around Kentucky Street and 13th and 14th avenues.

Now, that same area houses a $14.5 million Hyatt Place Hotel, which opened in 2015, and the sprawling 170-plus-unit Midtown Apartments complex, which also opened that year.

That neighborhood is a microcosm of what has happened in Bowling Green as a result of the establishment of a tax increment financing (TIF) district over a decade ago.

That project—the largest TIF project of its kind ever undertaken in the state—fundamentally changed the city and region.

Some numbers illustrate the impact: The TIF District has generated more than $300 million in public and private investments into downtown Bowling Green since 2008, and the payroll tax generated in the TIF district has grown by $100 million in a decade.

Amid the planning for a revamped downtown, then-City Manager Kevin DeFebbo sent a prescient memo in 2007 to city commissioners outlining the potential rewards for moving forward on an aggressive revitalization effort: “It is rare in public life that an elected body has an opportunity to influence the future of a community for many, many years; in fact, to change its course,” DeFebbo wrote.

“If all of these things happen as intended … and in our best interest … you have a chance to see the renaissance of downtown and Bowling Green,” he concluded.

(To learn how Bowling Green’s TIF District came about, read Wes Swietek’s article, linked to below.)

Photo (by OPMaster via Wikipedia) shows Bowling Green’s Fountain Square Park in 2008, when the TIF District was launched.

See Wes Swietek article (from which some of this was excerpted) in Bowling Green Daily News.

See the official website of the City of Bowling Green.