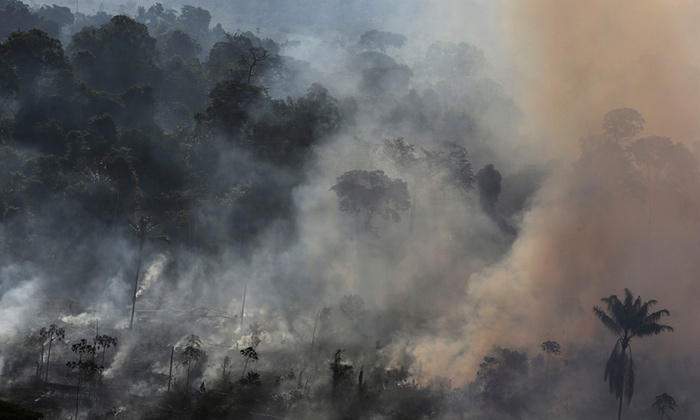 U.S. President Barack Obama and Brazilian President Dilma Rousseff put climate change at the top of their agenda at their bilateral meeting on June 30, 2015, with the US and Brazil agreeing to obtain up to 20% of their electricity from renewable power by 2030.

Brazil also committed to restoring up to 12 million hectares (30 million acres) of forest – an area about the size of England or Pennsylvania – in another attempt to reduce the carbon pollution that causes climate change.

“Climate change is one of the central challenges of the 21st century,” said Rousseff. “And we have one important objective, which is, number one, to ensure that the energy mix in our two countries will have a substantial share of renewable sources of energy.”

“As countries that are as vast as continents, we have this very important greenhouse gas emissions target,” she added. “We attach a great deal of importance to reducing [deforestation].. and we also wish to turn the page and engage in a clear-cut reforestation-oriented policy.”