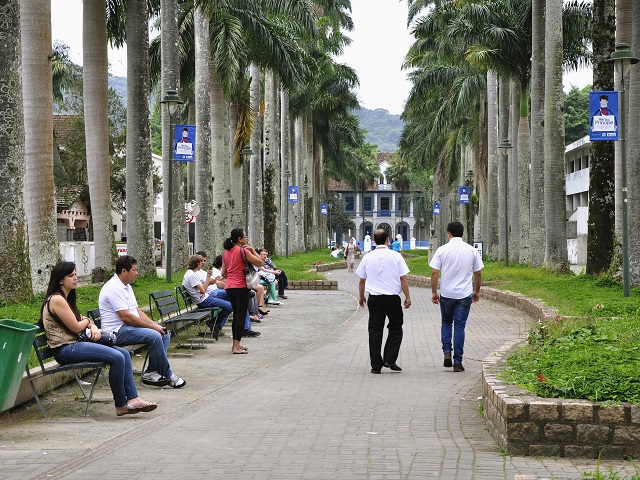 In addition to counting people, cars and kilometers of infrastructure, cities today are counting trees. Urban forests are another tool to combat climate change and increase quality of life in cities. Furthermore, concrete urban jungles lack a connection to nature, which directly correlates with various health problems for residents.

Brazilian cities are following the global trend of prioritizing care for urban forests. Curitiba is considered to be one of the greenest cities in Latin America, due to its many green spaces and approach to caring for the environment. Since 2013, Curitiba has followed its Public Afforestation Plan, a set of preventive actions and maintenance for the thousands of trees lining public roads.

Since then, 139,000 trees have been planted in accordance with the document, which requires planning based on technical and scientific criteria. The seedlings planted in public roads are selected according to their size, canopy architecture, resistance to pests and diseases, adaptability to the climate, root system and the presence of flowers or fruits. In addition, 80 percent of the trees are native to the area.

Porto Alegre is also leading the charge toward greener cities. The city implemented its Afforestation Master Plan in 2006, to provide guidance for planting policy, preservation, management and expansion of trees in the city. The plan’s objective is to establish parameters for urban trees, such as ensuring public sidewalks are 40 percent plant-covered. According to the latest IBGE Census, Porto Alegre is among the 15 most forested cities in the country, with around one million trees.

Cities around the world are recognizing this and many are developing strategies to increase green canopy cover. In fact, in 2015, the World Economic Forum’s (WEF) Global Agenda Council (GAC) on the Future of Cities included increasing green canopy cover on their list of top ten urban initiatives: “Cities will always need large—infrastructure projects, but sometimes small—scale infrastructure—from cycle lanes and bike sharing to the planting of trees for climate change adaptation—can also have a big impact on an urban area.”

As cities around the world race to implement green canopy strategies, we’ve developed a metric—the Green View Index—by which to evaluate and compare canopy cover. In collaboration with the World Economic Forum’s Global Agenda Council on the Future of Cities and the World Economic Forum’s Global Shapers community, we will continue to grow this database to span cities all over the globe. What does your green canopy look like?

The Green View Index (GVI) was calculated using Google Street View (GSV) panoramas. This method considers the obstruction of tree canopies and classifies the images accordingly. By using GSV rather than satellite imagery, we represent human perception of the environment from the street level. The GVI presented here is on a scale of 0-100, showing the percentage of canopy coverage of a particular location. Explore the maps above to see how the GVI changes across a city, and how it compares across cities and continents.

See article by Paula Tanscheit in WRI’s The City Fix