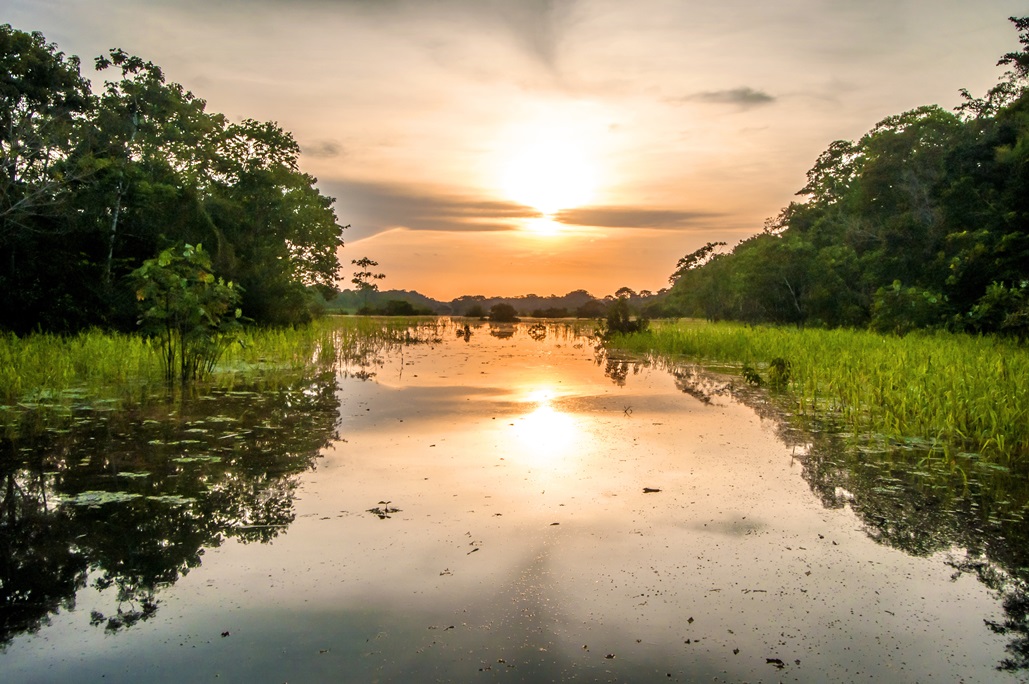 With deforestation contributing an estimated 15% of greenhouse gas emissions, countries, NGO’s, and innovators are mobilizing to restore our planet’s forests as quickly as possible to avoid catastrophic global warming.

A Brazilian team of entrepreneurs has won the 2018 $100,000 Ray C. Anderson Foundation Ray of Hope Prize for the Nucleário, an all-in-one reforestation solution that mimics elements of natural forest progression to reduce maintenance costs and improve seedling survival rates.

The team was awarded the prize at the National Bioneers Conference on October 20, 2018.

The Ray of Hope Prize is the top award in the Biomimicry Launchpad, an accelerator program run by the Biomimicry Institute that supports entrepreneurs working to bring early-stage biomimetic, or nature-inspired, climate change solutions to market.

“This simple but impactful biomimicry-inspired innovation has the potential to transform reforestation efforts and help reverse global warming,” said John A. Lanier, executive director of the Ray C. Anderson Foundation. “The six judges were impressed with all of the teams, but the Nucleário stood out because they have a clear understanding of path to commercialization.” 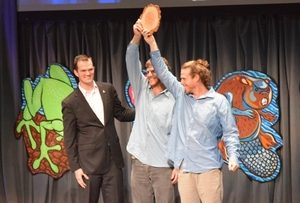 Nucleário, created by Bruno Rutman Pagnoncelli, Pedro Rutman Pagnoncelli, and Bruno Ferrari, is designed to be used in remote areas of the Atlantic rainforest. The device was created to function like leaf litter, preventing soil leaching and increasing soil moisture levels, and protecting seedlings from leafcutter ants and invasive grasses.

It also mimics how bromeliads collect water from rain and dew to provide a microclimate that attracts biodiversity. By reducing maintenance costs and helping improve seedling survival rates, Nucleário can get more trees in the ground in less time, helping make it possible to achieve environmental goals like the Bonn Challenge and the Paris Agreement.

“30×30 — land use being 30% of climate change solutions by 2030 — is the most promising news on the horizon because it is highly feasible. Reforestation is a real part of this plan and yet most efforts on this front are failing because young saplings need extra help to survive,” said Beth Rattner, Biomimicry Institute executive director. “Nucleário has captured proven strategies straight from the forest to make their product, which is something no one else has tried before. We are immensely hopeful about the impact this will have.”

A $25,000 second prize, funded by an anonymous donor, went to a team with members from Mexico and the U.S., who created BioThermosmart, a thermal management system that harvests waste heat from large commercial buildings and cycles it back into the system. Their design was inspired by elephants, crocodiles, toucan beaks, and the human circulatory system to create a system of heat transfer patches that help facility directors manage excess heat.

A total of six international teams spent the past year in the Biomimicry Launchpad, the world’s only accelerator for early-stage, nature-inspired innovations. More about each of the finalists’ innovations can be found here. The Launchpad is part of the Biomimicry Institute’s Biomimicry Global Design Challenge, a global competition sponsored by the Ray C. Anderson Foundation that asks innovators to create radically sustainable climate change solutions inspired by the natural world. As winners of the Challenge, these teams were invited to join the Biomimicry Launchpad to get support in testing and prototyping their ideas, with the ultimate goal of bringing their climate change solutions to market.

This year marks the third year that the Ray of Hope Prize was presented at the National Bioneers Conference. The conference, held this year from October 19-21, 2018, is a yearly gathering of dynamic changemakers dedicated to solving our world’s most pressing environmental and social challenges.

“Since it was founded 29 years ago, Bioneers has held a lasting belief and reverence for lessons we can learn from nature and a firm commitment to empowering leadership in tomorrow’s leaders,” said Bioneers Executive Director Joshua Fouts. “We are inspired and honored to host these awards, which look to the natural world and youth for vision and wisdom to solve some of our planet’s most vexing problems.”

A new round of the Biomimicry Global Design Challenge has just launched, focused again on finding nature-inspired climate-change solutions. It is a new opportunity for teams to join and compete for the annual $100,000 Ray of Hope Prize®.

Learn more about the Challenge.