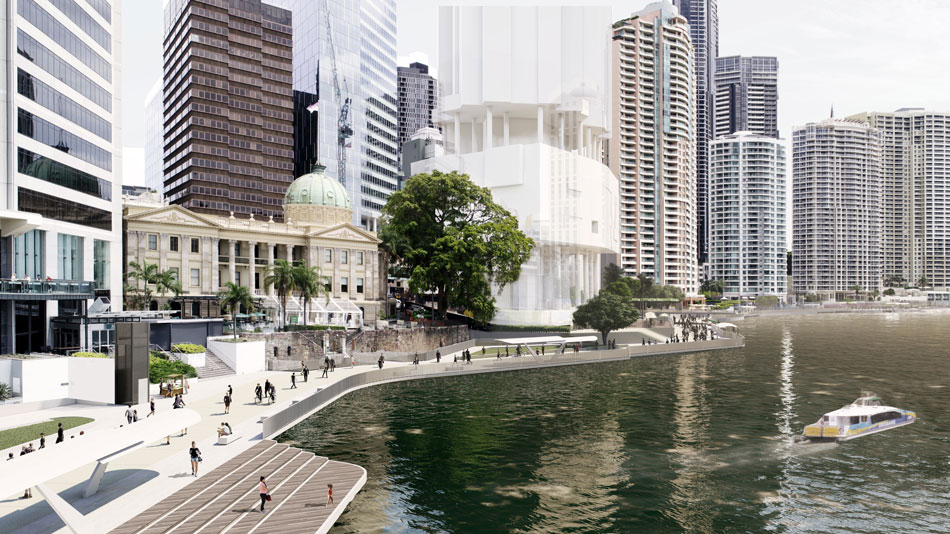 On November 7, 2019 in Brisbane, Queensland, Australia, the Brisbane City Council released a draft master plan for the redevelopment and revitalization of their 1.2 kilometer downtown (central business district) waterfront. 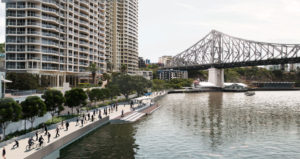 Called the City Reach Waterfront, the plan explores how the area can continue to evolve into what they hope will be a world-class employment and lifestyle precinct.

The City Reach Waterfront includes some of the city’s most valuable commercial land and iconic riverside public spaces, and is a significant destination for office workers, residents and tourists.

The draft master plan outlines key strategies and actions to transform the waterfront so that it can realize its full potential as a New World City waterfront.

Key features of the draft master plan include:

“Brisbane is the best city in the world and we’re committed to making it even better. The City Reach Master Plan outlines ways to revitalise the waterfront, from the City Botanic Gardens through to Howard Smith Wharves,” said City Planning Chair Matthew Bourke.

“The draft vision reviewed 22 iconic waterfronts worldwide, from Fisherman’s Wharf in San Francisco to Marina Bay in Singapore and has identified six key qualities that contribute to their success. The draft plan promotes more green space and trees, public art, decorative lighting, highlighting heritage features and increasing the width of the promenade,” he explained. 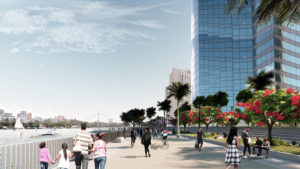 “New ferry and CityCat terminals will be considered to improve access to the river, while providing new opportunities for water-taxis, tour boat operators and private vessels. Extending the range of activities beyond dining allows residents and visitors to make the most of our incredible climate and enviable outdoor lifestyle, while activating the underused spaces along this iconic pathway,” he concluded. “We’re excited to incorporate the best ideas into this project to ensure this area remains a great, family-friendly destination now and into the future.”

While revitalizing the downtown waterfront has universal appeal, not everyone trusts the Brisbane City Council (BCC) to do it right. One anonymous user on the Brisbane Development website commented “Why should we trust BCC after they butchered the HSW? They have essentially allowed the privatization of that whole section of river frontage which went against their previous masterplans & river edge strategies.” HSW refers to the historic Howard Smith Wharves, another of the city’s redeveloped waterfronts.

If that accusation is accurate, it would hardly make Brisbane unique: the norm worldwide is for plans to primarily be for show, seldom taken off the shelf after being published. As an executive at the American Planning Association recently told me (in strict confidence), “most plans are just a list of crap no one ever looks at.”

All images are from the City Reach Waterfront Master Plan.