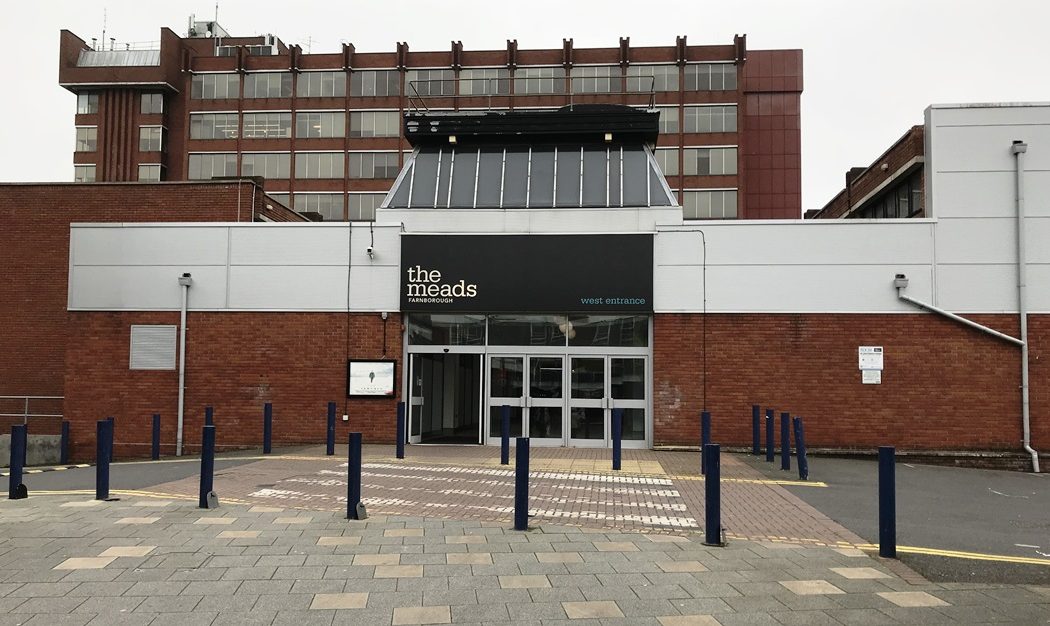 The ancient town of Farnborough is in north east Hampshire, England. It was founded in Saxon times, and is mentioned in the Domesday Book of 1086. 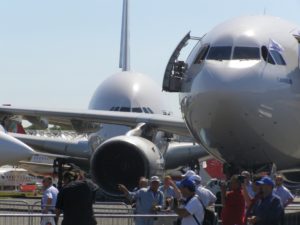 When most people hear the name “Farnborough”, they think of the Farnborough International Airshow, probably the world’s best-known aviation event. A full week long, the Airshow combines a major trade exhibition for the aerospace and defense industries with a public airshow.

The event is held in mid-July in even-numbered years at Farnborough Airport. The first four days are dedicated exclusively to commercial and military trade, with the final three days open to the public. In addition to the Airshow, local aviation-oriented assets and activities include the Farnborough Aerodrome, the Royal Aircraft Establishment, and the Air Accidents Investigation Branch.

In downtown Farnborough, a major economic calamity is about to happen: the closing of the Debenhams retail store, one of the major reasons people come into the city center. The Debenhams in the Kingsmead Centre will close on January 13, 2018, part of a plan to shutter 10 of their stores nationwide that was announced in April of 2017. The firm is focusing more on online sales, to match their strategy to retail trends.

When downtown businesses fail in most cities, the resulting vacant structures tend to sit idle for years, while local leaders wait for someone to come along with a good idea for reusing, renewing, and maybe repurposing the building.

This passive approach to regeneration has two serious downsides: 1) the property deteriorates from lack of maintenance, making future reuse more expensive, and thus less likely; 2) the vacant, increasingly-derelict structure constantly reminds citizens and visitors alike of what the place has lost, which reduces confidence in the local future.

There is no worse outcome, revitalization-wise: restoring confidence in the local future is the most important single goal of any revitalization program (read more about this dynamic here).

Not so Farnborough. They’ve had a stroke of good fortune: a major private developer that specializes in urban regeneration is already eyeing the structure’s next incarnation. Local leaders are wasting no time in floating the proposal past the public so the project isn’t killed by lengthy delays, as happens in so many municipalities around the world.

The St Modwen company is a British redeveloper that is formulating a planning application that would put new retail and leisure floorspace–plus much-needed downtown apartments–into the building as soon as it’s available.  In a small-scale example of the increasingly-popular 3Re Strategy (repurpose, renew, reconnect) for revitalization, the project will repurpose the building for mixed-use, renovate it, and better-connect it to create a more-walkable downtown.

St. Modwen Properties plc is a property investment and development business specializing in the regeneration and remediation of brownfield land and urban environments. It’s headquartered in Birmingham, England and has a network of seven regional offices across the UK. Note: Despite the potential value of their work to the public, the firm sometimes seem to take a rather secretive, publicity-shy approach. Hopefully, the public engagement being done by Farnsborough officials will be fully transparent.

Modwen’s proposal features 30,000 sq-ft of new retail, 24,000 sq-ft of leisure, 68 town center apartments, and 58 parking spaces, plus completion of the bridge link connecting the property for pedestrians to the block across the street.

The proposed redevelopment would also provide both affordable housing and increased public open space. This is wise, since downtown residents are the key to downtown leisure and retail success. Too many cities try to artificially “force” retail into a dead downtown via incentives, forgetting that retail naturally follows customers. Add residents to a downtown, and retailers will come.

Residents have a lot of what I (Storm) call “revitalization patience“. A resident in a revitalizing downtown can wait years for a nearby drugstore or hardware store to open. Retailers have no such patience: their ability to survive without nearby customers is a function of the size of the life savings.