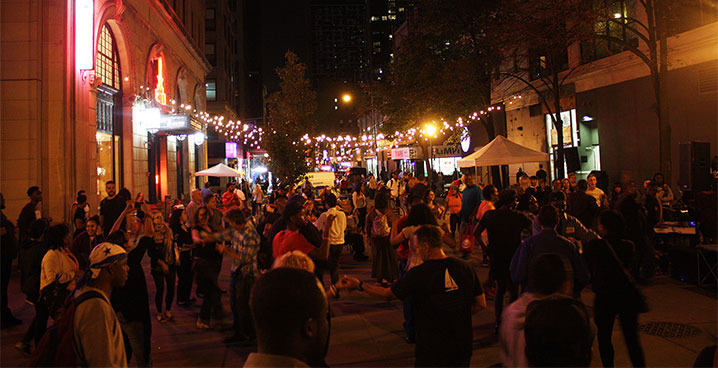 Although every city is mired by challenges and no neighborhood truly represents an urban planner’s paradise, Brooklyn’s live-work lifestyle comes quite close. While recent pieces have chronicled the detrimental effects of large tech firms on cities, a new perspective is warranted. 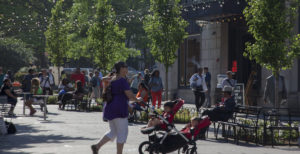 Perhaps the grass is greener on the East Coast, but here in Brooklyn and throughout New York City, tech companies have been helping neighborhoods flourish because they are choosing to work in collaborative, creative environments.

We have not seen the insular migration patterns where firms attempt to recreate suburban West Coast office parks in the heart of the City. Instead, in the Brooklyn Tech Triangle these firms choose to populate reclaimed factories, shared work spaces, incubators, and creative office buildings.

Their location rationale seems to be driven by basic economic principles: cheaper rent. But this has led to a density of tech companies, resulting in more interaction from competing and complementary firms, as well as community stakeholders, all of which yield numerous spillover benefits. Think meetups in neighborhood bars, increased spending in local stores, and collaboration and resource sharing as in the case of Brooklyn Law School’s recently launched Center for Urban Business Entrepreneurship (CUBE), which offers free legal services for startups, in return securing priceless real-world experiences for their law students.

In New York City, tech companies are impactful, and their actions are resonant. In real estate, the tech sector represented, at 25%, the most leasing activity of all sectors in 2012, according to the NYC Economic Development Corporation, a significant increase from 2002, when the tech sector occupied less than 10% of leasing activity. 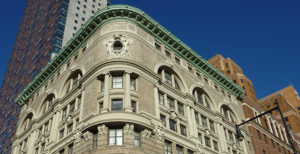 More importantly, tech fosters innovation and builds ecosystems – manifested both physically and socially – that have implications on how we experience the built environment or how we attract quality jobs. Sure, tech companies would be better equipped with placemaking lessons from Jane Jacobs, but in the Brooklyn Tech Triangle, upwards of 500 tech and creative companies have displayed an intrinsic ability to thrive in diverse environments, like the industrial Brooklyn Navy Yard, the neighborhood incubator that is DUMBO, and the 17 million square feet of traditional office space in Downtown Brooklyn.

This adaptability is perhaps explained by the world of tech that is diversifying beyond tech behemoths such as Facebook, Google, and Tumblr and demonstrating fledgling, cross-sector, and collaborative character. The Brooklyn Tech Triangle is home to an unique mix of innovation firms, from self-funded startups with fewer than five employees to fast-growing firms such as DUMBO-based Etsy , which started in an apartment in Downtown Brooklyn in 2005 and now produces nearly $1.35 billion in annual sales supporting 1 million small businesses worldwide.* Or Amplify , which builds products aimed at putting technology in the hands of teachers and into classrooms, which was purchased by News Corp. for $360 million dollars in cash.

And recently, Fast Company named one of our home grown firms, MakerBot , one of the top 10 companies in consumer electronics in the world. A company that went from 3 employees in 2009 to over 300 today, the majority of whom are Brooklynites who are leading what they call the next “industrial revolution” by democratizing 3D printing. These companies are representative of a cluster of firms in the Brooklyn Tech Triangle whose specialties run the gamut: e-commerce sites, online dating platforms, energy-tech, and health tech. 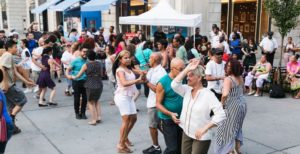 Their success is not limited to their founders and employees. Instead their layered interaction with one another generates initiatives accessible to the public. The tech community actively participates in local programming and they are drawn to neighborhood-centric events; some they have founded, others they support like the DUMBO Arts Festival and World Science Festival’s Innovation Square in the MetroTech Commons – which is also home to BAM’s R&B Festival, screenings from Rooftop Films, and at the moment, a stunning sculpture installation curated by the Public Art Fund.

To convey the magnitude of the Tech Triangle’s local effect, we commissioned an economic impact study last year which identified nearly 20,000 workers supported by the innovation economy with a collective $3 billion dollar impact on Brooklyn’s GDP. Their growth not only supports local job creation, but does so in significant percentage for the City’s minority populations. According to the New York Times, “Since 2010, the number of blacks working in computer and mathematical occupations — the Census Bureau’s term for tech-related jobs — in the city has risen by 19.7 percent…Over the same stretch, the number of Hispanics in such occupations in New York City has risen by 25.4 percent. By comparison, non-Hispanic whites in computer and mathematical occupations experienced just a 6.4 percent gain since 2010.”

Particularly revealing was the projected demand by existing companies for space to grow. By 2015, innovation economy employees in the Tech Triangle will more than double and occupy approximately 3.1 million square feet. These numbers only reflect companies already operating in the Tech Triangle, not including prospective companies that may move into the area. 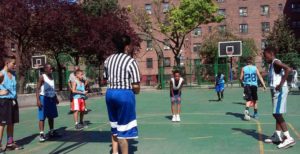 The clustering of companies in the Brooklyn Tech Triangle has created a momentous demand for neighborhood amenities – like the opportunity to create a 21-acre park stretching from Downtown to the waterfront, increased bus service to serve local residents and workers, or more parochial demos of local products. For instance, as a clean tech innovation demo, local startup BioLite worked with the DUMBO Improvement District to launch DUMBO Firepit, a contained outdoor fireplace that doubles as a phone charging station and lighting source for the neighborhood’s Christmas tree.

Equally important are assets such as the Urban Future Lab, NYU-Poly’s clean tech incubator, which will house startups and showcase groundbreaking technology – or the NYU Center for Urban Science and Progress ( CUSP ), which will be the leading institution in the emerging field of urban informatics, which draws on data to strengthen and improve quality of life in the urban environment, starting with their home in Downtown Brooklyn.

Such public goods do not just privilege a handful of tech companies. Rather, they provide far-reaching benefits to all who live, work, and visit the Brooklyn Tech Triangle. And the excitement, pressure, and hopefully resources to realize their vision may not have happened without their presence. In Downtown Brooklyn , we are welcoming them with open arms. 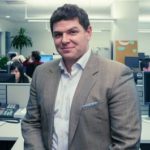 Tucker Reed is the President of the Downtown Brooklyn Partnership (DBP), a not-for-profit local development corporation that serves as the primary champion for Downtown Brooklyn as a world-class business, cultural, educational, residential, and retail destination.

Under Tucker’s leadership the DBP has become the driving force behind the emergence of the Brooklyn Tech Triangle as a key contributor to the growth of the innovation economy in NYC.

This article was originally published by Business Insider. Reprinted with permission from the author.

All photos courtesy of the Brooklyn Downtown Partnership