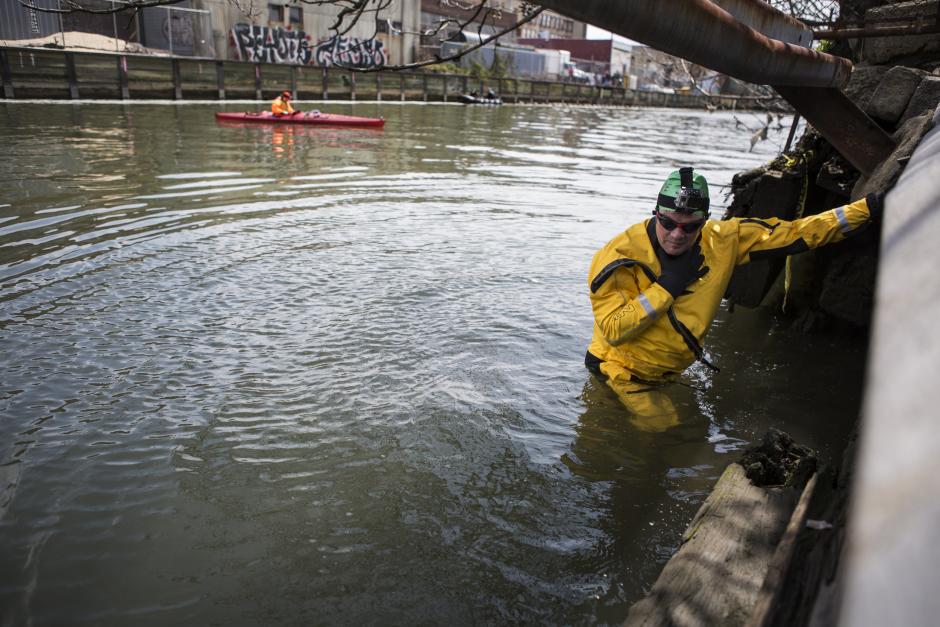 Near the banks of the Gowanus Canal, an exceedingly polluted waterway that wends through brownstone Brooklyn, New York for two miles, you can buy a deer fetus for $230 at the Morbid Anatomy Museum. The bruised little corpse was not fished from the canal, though the bodies of mafiosi used to routinely end up in these murky waters. So did those of dogs and cats.

Also on the canal, where Lenape natives once caught oysters bigger than Minnesota, is a Whole Foods, probably one of the very few in the nation to sit atop a Superfund site.

In April of 2015, an environmental activist named Christopher Swain swam the Gowanus to highlight the waterway’s plight. Though he wore plenty of protective gear, his mouth was in direct contact with the canal. “It tasted like mud, poop, ground-up grass and gasoline,” Swain said after emerging. “It’s just like swimming through a dirty diaper.”

The canal may well be a dirty diaper, but it’s also a case study in urban reclamation, one that could have implications from North Hollywood to the South Bronx. As people return to American cities, communities are cleaning up rivers that, polluted by industry and then neglected during suburban flight, turned into filth-filled troughs.

The impetus is economics as much as environmentalism, with water access having become an urban amenity as coveted as basement wine cellars and climbing walls. It’s in our genes. The Neanderthal craved being near rivers as much as the graphic designer in Austin; he just paid a lot less for it.