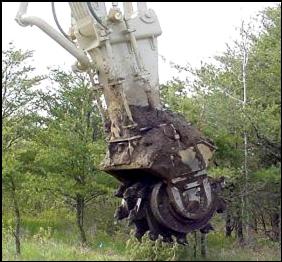 As of June of 2017, a 6-acre property near downtown Brantford, Ontario–known as the Sydenham Pearl brownfield site–is nearing the last stage of remediation that will see the former industrial lands transformed into parkland.

The creation of parkland is key to the city’s revitalization strategy: by creating parkland near the core, Brantford hopes the site will attract additional private redevelopment projects in the area.

It has been a long haul for the property that went from profitable manufacturing grounds in the mid-20th century to an industrial wasteland by the 1980s.

One the conflicts in the development process was whether to design the community based on a low-energy or a low-carbon footprint, explained David Webber, the vice-president of sustainability with WSP, which was a consultant to the Swedish development.

By comparison, Hammarby, Stockholm, a Brownie award winner in 2008, has become a model of a sustainable waterfront neighborhood, with 11,000 dwelling units. That’s a long way from its desolate brownfield days of a few decades ago.

“In Sweden they said, ‘We are going to be low carbon’ and they regulated it. In Canada we’re letting the market figure it out and it is going to be a bit messy. I think we have a chance in the next decade to be real leaders in brownfield renewal and sustainable development,” Webber stated.

With more than 30 nominations and a total of 10 awards presented, the Sydenham Pearl Brownfield Remediation Project was selected among a number of builders, innovators and visionaries in brownfield rehabilitation projects across Canada.

“The City of Brantford is proud to receive this award for our brownfield remediation project,” says Nicole Wilmot, Manager of Policy Planning, City of Brantford. “We are honoured that our work is being profiled and acknowledged by industry experts.” 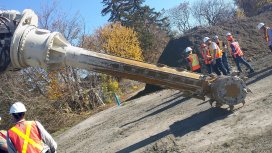 Recognized for technological innovation, the Sydenham Pearl Brownfield Remediation Project used a sub-surface soil-blending tool, the Lang Tool, to remediate the contaminated soil. While the Lang Tool is used throughout the United States, its first application in Canada was at Brantford’s Sydenham Pearl Brownfield site. This innovative method demonstrated leadership in advancing techniques used in environmental soil remediation in the Canadian marketplace.

The site area is approximately 2.4 ha (6 acres) and is mostly surrounded by a residential neighbourhood. 22 Sydenham Street directly abuts the CN rail line on the north side, and both properties are bisected by a section of Sydenham Street that ends at the CN property. Phase Two environmental site investigations carried out by the City indicated that both properties were contaminated by past industrial operations and environmental remediation would be required to obtain a record of site condition to allow the redevelopment of the site for more sensitive uses, such as for housing or parkland.

The City retained the consulting firm CH2M Hill to update the required Phase One and Two Environmental Site Assessment reports to determine the location, type, and extent of any soil contamination on the site. This work has been completed. On Nov. 26, 2012 Council has approved the budget ($4.6 million) for the remediation of the Sydenham Pearl Brownfield site.