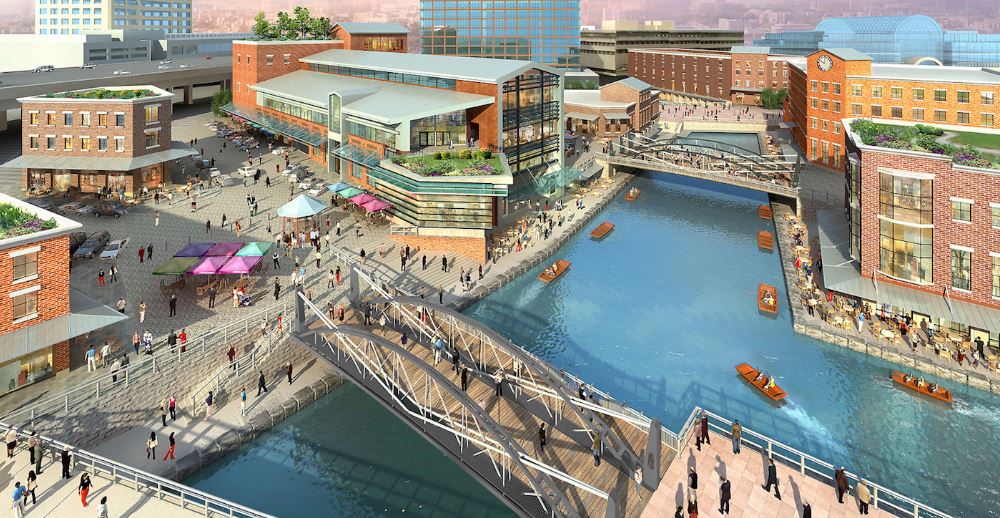 On August 14, 2018, New York Governor Andrew M. Cuomo announced three new projects to expand the revitalization of Buffalo‘s waterfront.  The state will invest $24 million in restoring the historic street grid to reconnect areas that had been fragmented by earlier poor planning decisions.

The goal is to provide inclusive access to a now-lively area that was quite dead just a decade ago.

Heritage will also be restored via the reconstruction of one of the historic packet boats that used to be a common site on the waterfront a century or more ago.

It’s hoped that these projects will boost economic growth by attracting more visitors and by offering new recreational and cultural opportunities for residents.

The projects and investments include:

“The success of Buffalo’s waterfront is evident year-round, with hundreds of thousands of visitors experiencing Canalside and enjoying local restaurants and businesses in the surrounding area,” Governor Cuomo said. “These new projects will leverage Buffalo’s natural beauty, tap into the rich culture and history the region has to offer, and expand opportunities for residents and visitors to access the Historic Erie Canal for generations to come.”

City of Buffalo Mayor Byron Brown said, “This all-inclusive effort to continue to enhance the regional community will leverage Buffalo’s greatest natural resource to increase recreational and cultural opportunities for our residents. Under Governor Cuomo’s leadership, Buffalo’s waterfront and Canalside have become top destinations to live, work and enjoy. By announcing these new projects, we are building on the growth we’ve seen across the entire region in recent years, and providing yet another reason for visitors to experience what the Queen City has to offer.”

$10 Million for the North Aud Block

The project plan aims to reintroduce elements of the historic street pattern that once traversed the block and the Erie Canal. The planning and engineering phase will include walkable streets and underground infrastructure and services, such as parking, which would help facilitate a series of future development and service a series of future development parcels that will later be competitively solicited for development.

Erie County Executive Mark Poloncarz said, “The Erie Canal is one of New York’s greatest historical treasures, and by building recreation and businesses around this tourist attraction in an economically and environmentally-friendly way, we will improve the quality of life for our residents. I thank Governor Cuomo for securing this funding for future developments and for recognizing the opportunity to improve waterfront access for all.”

The project will progressively realize historically-inspired and pedestrian-oriented infill development on the block. An open, competitive Request for Proposals for design contract will go out in Fall 2018. A period of planning, public review, and final engineering will take place, followed by construction. A map of the area is available here. 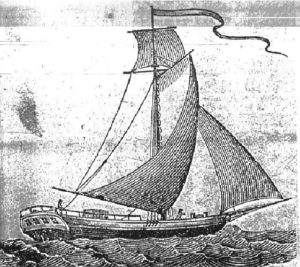 Packet boats were medium-sized boats designed for domestic mail, passenger, and freight transportation in European countries and their colonies, including North American rivers and canals. They were used extensively during the 18th and 19th centuries and featured regularly scheduled service.

When such ships were put into use in the 18th century on the Atlantic Ocean between Great Britain and its colonies, the services were called the packet trade.

Now, a $4 million investment will allow for construction of the “Longshed,” a 4,000-square-foot, year-round facility that the replica vessel will be built in. Erie Canal Harbor Development Corporation, a subsidiary of Empire State Development, and Buffalo Maritime Center will collaborate to create the replica of Governor DeWitt Clinton’s 1825 Erie Canal packet boat, and construct the vessel at Canalside.

Once complete, the packet boat will be berthed in the Commercial Slip, and the Buffalo Maritime Center will develop a full range of tourism opportunities and programming including rides, tours, dinners, and lectures. It is also expected to tour sections of the Canal system once a year.

Assembly Member Crystal Peoples-Stokes said, “Investments in Western New York have already helped transform the waterfront and the Queen City’s downtown for the better. The replica vessel – a glimpse of Buffalo history set to be built at Canalside, will surely attract more visitors and boat enthusiasts to the area, and I thank Governor Cuomo for investing in these tourist attractions, as well as development opportunities such as the North Aud Block. These are the projects that will continue Western New York’s resurgence for years to come.”

The Longshed would appear as a wooden barn structure, emulating what was there when the Erie Canal was being built (i.e., evoking the former Newman & Scovill Groceries and Ship Chandlers store that was once there). It will be located on the dock corner of Prime and Lloyd (across Commercial Slip from the Naval Park building). The finished building will be flexible space to support year-round occupancy and allow maximum visitation and educational programming, including opportunities related to the site’s history. Photos of a packet boat are available here.

The Governor also announced $10 million in Buffalo Billion 2 funds to establish a network of public access points along the region’s waterways, a project spearheaded by Buffalo Niagara Waterkeeper.

Buffalo Niagara Waterkeeper Executive Director Jill Jedlicka said, “Water defined our history and it will define our future, and investments in the universal access and restoration of our waterways is an investment in the local economy. Western New York is no longer accepting of polluted or inaccessible waterways, and our community is working together to take our waterfront back. With Governor Cuomo’s significant commitment to protecting and restoring New York State’s waters, and now the investment of $10 million by Empire State Development into a Buffalo Blueway system, this will become a catalyst and game changer we need for access to our waters. We know that when the waterways and the shorelines come back to life, the communities around them will come back to life, too.”

Dubbed the “Buffalo Blueway,” this extensive project will enhance water access and strategically connect residents and visitors to Buffalo-area cultural institutions, tourist attractions, greenway and bicycle corridors, and other unique businesses and locations. The Blueway will serve the needs of paddlers, recreational watercraft, local anglers, tourists, and other waterfront activities.

Assembly Member Sean Ryan said, “Buffalo’s transformation is undeniable, and by listening to the community and working with local leaders to plan for continued growth, Governor Cuomo has set the stage for a better future for our region. I look forward to delivering residents more opportunities to reach the waterfront, new recreation at Canalside, and a more bike-able and walkable community as a result.”

Along with constructing new access points and enhancing existing sites, the project will add wayfinding and public art installations to guide and attract visitors. The Blueway will be promoted through a coordinated marketing program, a Blueway Trail guide, interactive map, and other digital applications. See a map of the proposed Buffalo Blueway sites here.

The following projects have been proposed as part of the Buffalo Blueway:

Congressman Brian Higgins said, “Working with Governor Cuomo, in 2013 we were able to create Buffalo Harbor State Park, transforming long-neglected, authority-controlled, waterfront property on the Outer Harbor into the first New York State Park in the City of Buffalo thanks to a $15 million State commitment. This new $24 million investment by the State is truly an incredible step forward in building tangible progress at interconnected points along our waterfront and maintaining the momentum that is breathing new life into our City.”

Senator Tim Kennedy concluded, “This multifaceted effort to continue expanding the region’s waterfront is exactly what is needed to attract more visitors to Western New York. By capitalizing on assets already available, laying the groundwork for future developments at the North Aud Block and improving Canalside, the Governor’s vision for a better, more diverse Buffalo community is coming to fruition. I applaud this comprehensive plan and look forward to the launch of projects in the months to come.”