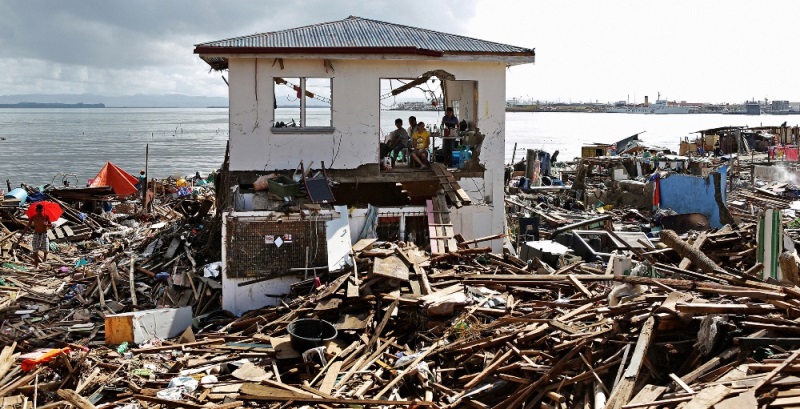 In 2013, an estimated one million Filipinos were plunged into poverty after Typhoon Haiyan sapped $12.9 billion from the national economy and destroyed over a million homes.

No sooner had the 2010 Cyclone Aila devastated coastal areas of Bangladesh than unemployment and poverty levels surged 49 percent and 22 percent, respectively.

Economic strains facing Guatemala after Hurricane Stan in 2005 forced 7.3 percent of affected families to send children to work instead of school.

Whenever disaster strikes, it leaves more than just a trail of devastation—it also leaves communities further in the grip of poverty.

And yet, when we hear of natural disasters today, their financial cost—that is, the damage inflicted on buildings, infrastructure, and agricultural production—is what catches the headlines. New research, however, suggests that reducing natural disasters to their monetary impact does not paint the whole picture. In fact, it distorts it.

That’s because a simple price tag represents only the losses suffered by people wealthy enough to have something to lose in the first place. It fails to account for the crushing impact of disasters on the world’s poor, who suffer much more in relative terms than wealthier people.

Through this lens, a new report released by the World Bank and the Global Facility for Disaster Reduction and Recovery (GFDRR), warns that natural disasters are a greater impediment to ending global poverty than previously understood.

Launched this week at COP22, the report, Unbreakable: Building the Resilience of the Poor in the Face of Natural Disasters, underscores the urgency for climate-smart policies that better protect the world’s most vulnerable.