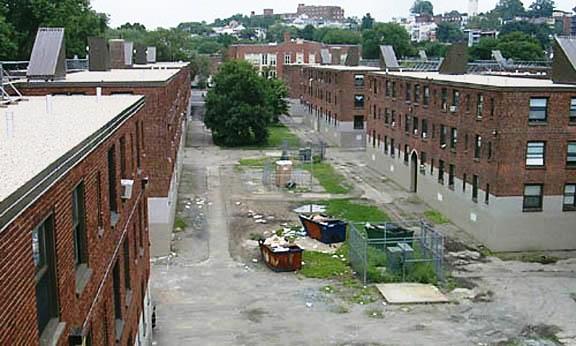 Built in 1936, and opened on May 1, 1938, the Old Harbor Village—now known as Mary Ellen McCormack (MEM)—was the first public housing development in New England, and one of the largest.

It comprises 1016 heavily-subsidized apartments, spread over 22 three-story buildings and 152 row houses. The complex was renamed after the mother of John W. McCormack, former Speaker of the United States House of Representatives, who championed housing and human rights. 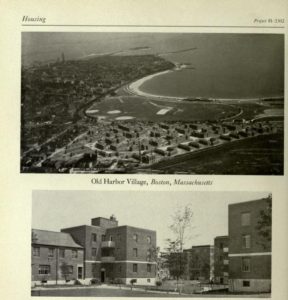 On August 11, 2017, WinnDevelopment Company, LP was selected by the Boston Housing Authority to redevelop MEM into mixed-income transit-oriented redevelopment.

The proposed plan will rebuild the site into a vibrant mixed-income community with a thoughtful design that embraces the existing residents and connects with the surrounding neighborhood..

“The Mary Ellen McCormack redevelopment effort is another example of our commitment to improving the quality of life for all Boston residents,” said Boston Mayor Martin J. Walsh. “As the oldest public housing development in the city, MEM marks an important piece of our history and also serves as a significant example of how important and needed our public housing communities are. We must preserve this resource, and I look forward to this development becoming an even better resource and home for many.”

The proposed redevelopment would take place over four phases, paying close attention to the needs and concerns of relocated residents. The current proposal calls for a total of approximately 3,000 new units, including replacement of all existing units, creation of workforce (middle-income) units, as well as market rate apartments and home ownership condominiums. In addition, all units, regardless of affordability level, will be of identical quality and integrated evenly among the newly constructed buildings.

“We are excited and pleased with the selection of WinnDevelopment, LP for Mary Ellen McCormack,” said Tenant Task Force Executive Director, Carol Sullivan. “They heard us and listened to our ideas about how to make our development better; we are excited about this partnership and BHA’s choice.” 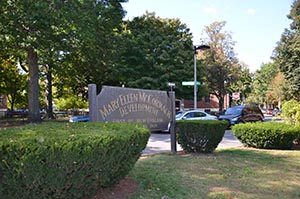 The WinnDevelopment plan was one of five proposals that BHA received in response to a Request for Proposals for the redevelopment in South Boston. A selection committee comprising residents of the Mary Ellen McCormack public housing development and BHA staff reviewed proposals and interviewed all teams that submitted proposals.

The Winn team received high points from the selection committee for its demonstrated model for strong resident partnerships and robust resident services, items which are a priority for existing residents at the site. BHA and the developer will kick off the design process by holding a series of resident and community meetings In the near future.

“Mary Ellen is a community that is near and dear to me; in fact I call it home,” said BHA Administrator Bill McGonagle, who grew up in the development. “Preserving housing developments by creating partnerships with developers who understand the value of community is key to maintaining our housing stock in this city. I am pleased with the selection of Winn and look forward to working with the residents and the development team.” 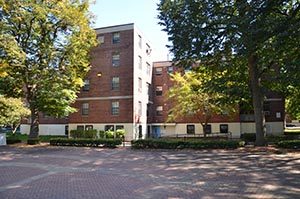 As with previous BHA redevelopment efforts, residents will be offered relocation options that will include moves to other BHA public housing sites or Housing Choice/Section 8 vouchers. Existing residents will have the right to return to the site after redevelopment.

“We are grateful for the chance to partner with the McCormack residents, the BHA and the City of Boston to redevelop this community into a first class mixed-income neighborhood,” said WinnCompanies CEO Gilbert Winn. “We recognize the property is old and therefore requires a major redevelopment effort. Our goal then, is to move through the formal approval process as quickly as possible while paying close attention to resident and community input.”

BHA issued the Request for Proposals (RFP) for redevelopment of the Mary Ellen McCormack site as part of a wider strategy to upgrade and make sustainable its affordable housing communities in the wake of historic federal budget cuts. The creation of additional market rate and workforce housing will also further Mayor Walsh’s goal of creating 53,000 new units of housing by 2030.

Featured photo (unknown author) is of MEM in its bad old days (circa 1970).