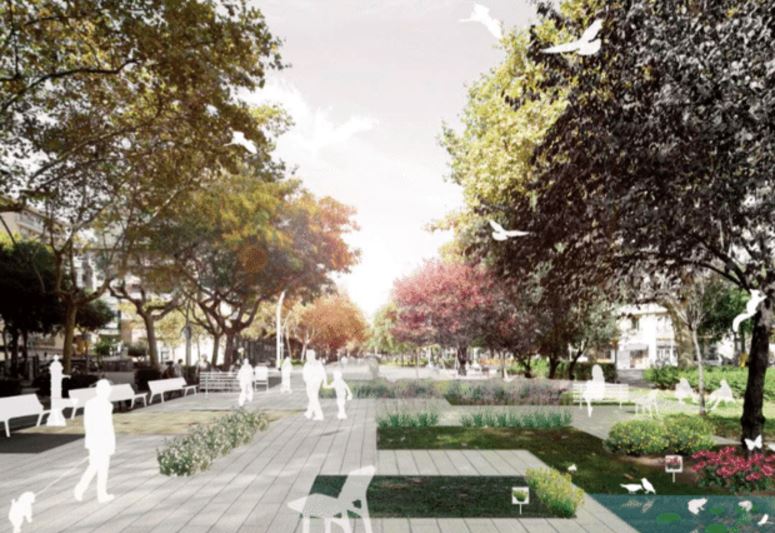 Founded as a Roman city in the Middle Ages, Barcelona, Catalonia, Spain is now the largest city on the Mediterranean Sea. Barcelona has a rich cultural heritage and is today an important cultural center and a major tourist destination. 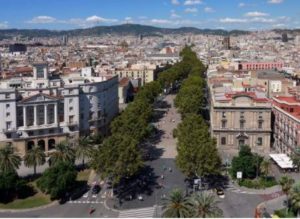 Particularly renowned are the architectural works of Antoni Gaudí and Lluís Domènech i Montaner, which have been designated UNESCO World Heritage Sites. The headquarters of the Union for the Mediterranean is located in Barcelona.

The city is well-known for hosting the 1992 Summer Olympics: it is one of the few cities that did a good job of it, leaving a positive legacy for its citizens (unlike Rio de Janeiro, for instance).

Barcelona is one of the world’s leading tourist, economic, trade fair and cultural centres, and its influence in commerce, education, entertainment, media, fashion, science, and the arts all contribute to its status as one of the world’s major global cities. 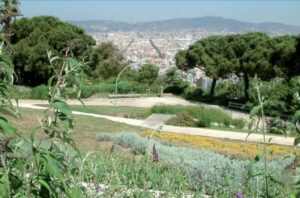 Looking down on Barcelona from a park at Montjuïc.

But one thing it never had is an urban forest. Like most ancient cities, it emerged unplanned from a village. It has parks, but not a connected canopy system.

Its Parc de Collserola, for instance, extends out from its western suburbs and covers a vast 80 square kilometres. The city’s green space is very unevenly distributed. Almost all of Barcelona’s larger parks are on the slopes rising up to the modest mountain range that backs the city. This works well as a weekend getaway and general backdrop, but they’re far from the city’s centers of activity.

They’ve decided to rectify that, which is no small challenge, considering that the heart of city has been fully built-out for centuries. They’ll do it via a combination of massive tree-planting along the major roads converging on the city center, and by expanding some of the parks along that route. 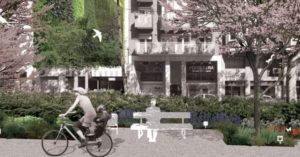 No major park can be carved out of an environment this densely built, but the city nonetheless plans to transform its core into a blooming mosaic of plants and leaf cover. The city has found space for five new gardens, which will ultimately be linked up to existing open spaces with lush new corridors of greenery that will create a seamless habitat for urban fauna.

Green roofs will soften the sun’s glare, creepers will extend across bare walls, and temporary gardens will squat on sites waiting for construction, cooling and freshening their surroundings.

The greening of corridors is a strategy that has already worked well for the city. In 2000, the city opened a long, slender park along the banks of the River Besós, a formerly filthy stream passing through industrial lands in the city’s northeast.

Since being cleaned up and partly reopened to the public (some areas are protected wetlands), the river banks have thrived with plants suited to brackish water, while the river itself is now alive again with eels, frogs, and terrapins.

All images courtesy of the Ajuntament de Barcelona, unless otherwise noted.