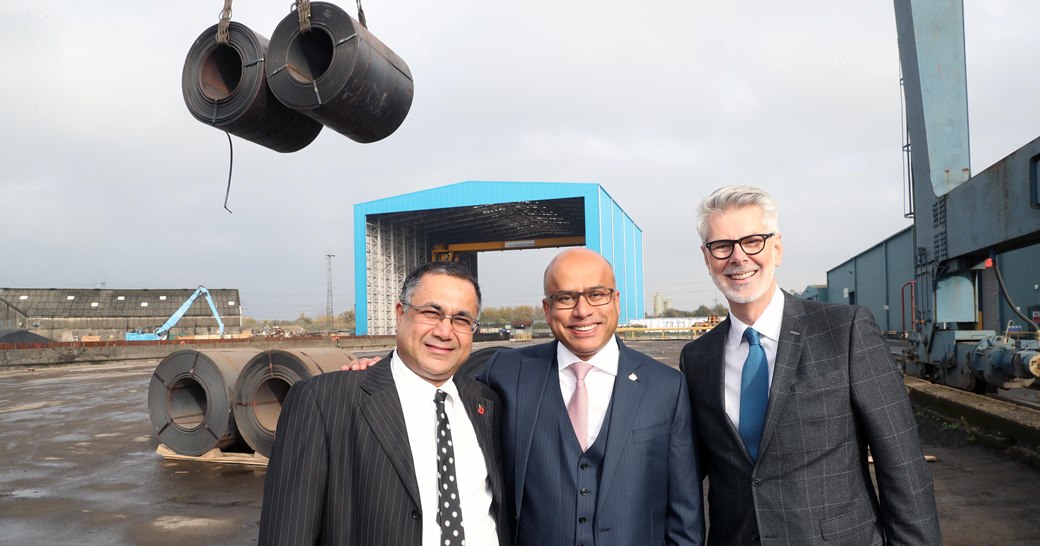 During an inauguration ceremony to formally welcome Bird Port on the River Usk at Newport into his global GFG Alliance, Gupta said the facility, which was first opened in 1900, would become a “vital piece of infrastructure” underpinning economic revitalization in the form of new industrial activity, including steelmaking and green energy generation in the area.

GFG’s infrastructure and energy division, SIMEC, plans to double the capacity of Bird Port, which it bought in recent months along with Cargo Services Ltd, the firm which runs freight handling operations at the site. 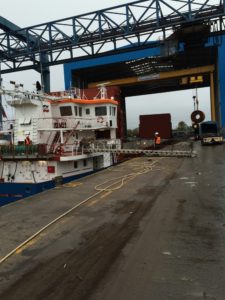 The port boasts modern undercover storage facilities totalling over 160,000 sq ft and is equipped with a unique double set of gantry cranes spanning the dock, enabling it to handle high-value steel products with minimal risk. It is the only fully-undercover cargo-handling facility built on Britain’s west coast to allow loading and unloading of sea-going vessels in all weathers.

The port is also adjacent to Gupta’s Liberty Steel Newport rolling mill, where he plans to create hundreds of new jobs by installing an electric arc furnace for recycling scrap metal as part of the group’s GREENSTEEL sustainability strategy.

In addition to expanding Bird Port’s capacity to serve multiple clients across the UK, the investment will create new facilities to handle shipments of scrap steel destined for recycling in South Wales. The new investment will also include building 50,000 square feet of waterfront warehousing along with dredging and upgrade work to re-open the currently mothballed second berth at the port.

At present the port handles up to 30 ships a month but the newly-named operator, SIMEC Bird Port, aims to increase this to over 40 ships a month, handling cargoes ranging from steel coil for the automotive industry and rod and bar for the building sector to bulk materials such as aggregates for road construction and agricultural materials.

The port, which is the only facility of its kind in the UK with its own covered rail link, currently employs about 70 people but this is expected to rise to over 100 as business expands at the site.

GFG’s investment plans will also see improvements being made to the deep-water jetty at the steel mill enabling the two ports to work in tandem to the benefit of the regional economy. 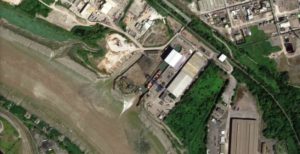 Speaking to guests at the inauguration event, Gupta said: “This is a valuable asset for South Wales that can make a substantial contribution to the local and wider regional economy. Our aim is to enable it to achieve its full potential as a port in its own right and as a vital element in GFG’s ambitious plans for the area.”

“Newport was where we began our ambitious industrial journey four years ago with the acquisition of our rolling mill in the city and that has now grown into a global enterprise employing more than 14,000 people, Adding this historic port, with its skilled and dedicated workforce, to our portfolio of industrial activities marks another very significant step in our partnership with Wales and in the progress of our business,” he added.

The revamped port is also expected to provide an important supply line for Uskmouth Power Station, owned by another GFG Alliance member company, SIMEC Atlantis Energy plc. The station is set to undergo a conversion from coal power to lower-carbon pelletised waste in order to provide green energy to Liberty Steel Newport.

Richard Jennings, Head of SIMEC’s port activities said: “This is an extremely busy and successful facility which is already doing well in its current markets, but as a member of the GFG Alliance we expect it to go from strength to strength, supporting GFG’s own businesses and serving industrial customers across a wide area, including South Wales, the South West and the Midlands. We’re looking forward to this exciting new era.”