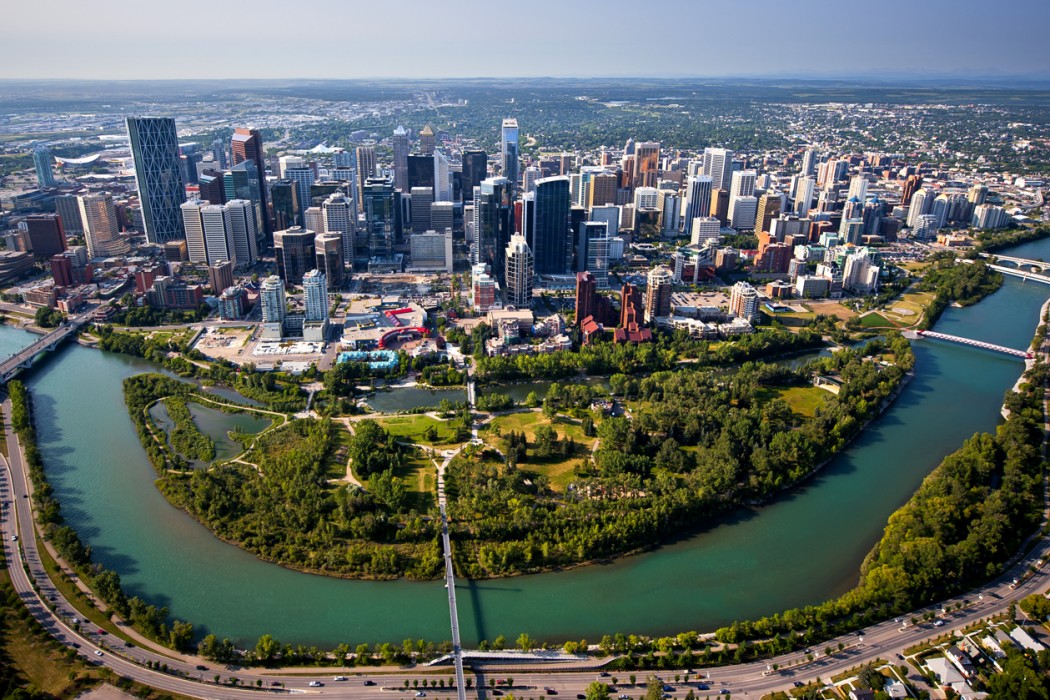 Calgary’s revitalization & resilience efforts are at a political crossroads.  by Storm Cunningham

Calgary, Alberta is sometimes called “Canada’s powerhouse”. So, one wouldn’t expect a focus on revitalization, right?

For the past decade, Calgary has had one of the strongest performing urban economies in the country, thanks to exploitation of local oil and gas, plus the “tar sands” to their north. Of the six largest cities in Canada, Calgary has the lowest unemployment rate. Their population of 1.25 million is expected to grow by 120,000 people over the next five years. The city is expected to stay on top until 2018. 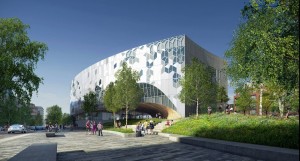 But what then? They aren’t waiting to find out. The province of Alberta is known as the “Texas” of Canada: cowboys, beef, and oil. Calgary’s leaders are working to change that perception for their city. They don’t want Calgary to be perceived as a fragile, boom-and-bust economy.

Calgary needs more housing, but they’re rightly worried about ruining their quality of life and sabotaging their future via too much sprawl. Unlike physically-constrained places like San Francisco (which focuses growth almost exclusively on redevelopment), Calgary is “cursed” with unlimited room for devitalizing developments that congest traffic, reduce greenspace, and fragment community cohesiveness.

Here are four local projects that fix their future, and that should help create Resilient Prosperity:

Calgary takes a strategic approach to public services, as well. Their recently-retired, highly-popular police chief, Rick Hanson, didn’t just focus on fighting crime (tactical) but on preventing it (strategic). He’s created programs that brilliantly helps fix the futures of both at-risk youth and entire at-risk neighborhoods. When I met with him in 2014, his approach impressed me as the first I’d seen in which the police force could actually be seen as a force for revitalization (as opposed to merely keeping things “under control”).

Calgary is thus fixing its present and future together, with tactics (present) based on strategies (future): 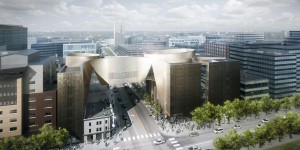 The East Village and the waterfront park projects thus primarily serve existing needs. Both also have strategic value, so we shouldn’t get too pedantic or arbitrary about separating tactics from strategy. But the library and the music center projects reposition the city’s image, so they are primarily strategic, while also providing immediate value for residents. Both create the impression of a city with a diverse economy and an interesting quality of life, so as to attract more of both. (Fake it ‘til you make it.)

In other words, the new library and National Music Center provide the appearance of having the kind of diverse economy that spawns a rich arts and learning-based culture. It’s a way of breaking out of the “chicken or egg syndrome”: a greater diversity of employers creates a richer culture, and a richer culture attracts a greater diversity of employers. Which comes first?

Calgary’s smart moves aren’t limited to future projects. Maybe their most important strategic success has been the 1981 launch of their well-used C-Train light rail, connecting the suburbs to downtown. Together with buses, Transit Calgary’s system has gone a long way towards mitigating the traffic congestion and other quality of life damage typically inflicted by sprawl.

In June of 2013, Calgary was hit by a catastrophic flood, the worst in Alberta’s history. Five people were killed, and over 100,000 displaced. Economic damage exceeded C$5 billion: the costliest disaster in Canadian history. Calgary’s well-managed recovery from the flood deserves a book of its own. A Flood Recovery Task Force was created, and—now that their work is winding down—they are wisely transitioning this group into an ongoing Resilience Team.

Additionally, Calgary is blessed with one of the largest and most effective community foundations in the world.  The Calgary Foundation‘s Flood Rebuilding Fund has granted nearly $8.5 million via 125 grants to groups across Alberta. Environmental stewards Friends of Kananaskis Country was one of those recipients. During some 2014 work I did in Calgary, I was kindly taken on a hiking tour of the flood-damaged heart Creek Trail, magnificently rebuilt with Calgary Foundation and provincial funding.

The most important element in boosting Calgary’s resilience—economic diversification—got a huge boost in the provincial election of May 2015. The fossil fuel industry’s political party was (shockingly) ousted, and replaced with the social-democratic New Democratic Party (NDP). This leftist party only held four seats in the 87-seat provincial legislature at the time of the vote, and defeated the 44-year dynasty pf the Progressive Conservative (PC). This is akin to Texas electing Bernie Sanders or Elizabeth Warren as governor.

The political upset was triggered by the drop in oil prices, which undermined the government’s ability to follow-through on many plans. I warned the city about exactly this scenario in my conference keynote, radio interviews, and meetings with local leaders just a few months earlier. I wasn’t telling them anything they didn’t already know. Everyone agreed that over-dependence on the fossil fuel industry was dangerous, but felt that any concerted policy-level strategy to rectify the situation was a political non-starter. The current economic crisis and political regime change opens the door to new possibilities. The current progressive regime is unlikely to last long, given Alberta’s deep conservative roots. So, this is Calgary’s golden opportunity to shake their economic dependence on fossil fuels, and create a more resilient, less-vulnerable, broader-based economy.

In Issue #4 of REVITALIZATION, we will explore in more detail such strategies for revitalizing the present and future together. It will be in that issue’s “Sneak Peek” article: the advance look at a chapter from Storm’s third book, coming in January 2020 — RECONOMICS. [aerial photo of Calgary at top of article by offshootstudios.com]