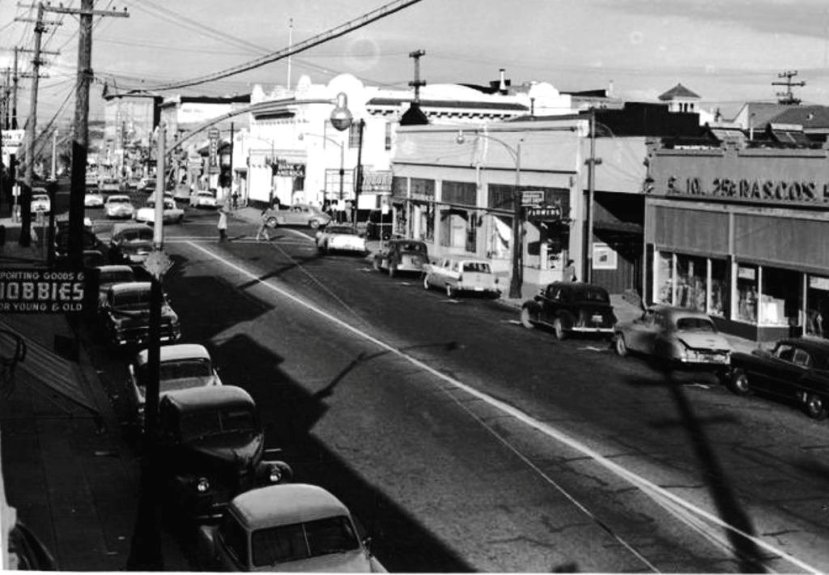 About a dozen years ago, I (Storm Cunningham) attended one of the American Planning Association‘s (APA) annual conventions, here in Washington, DC. It was an excellent event, at which I learned much. One session bothered me, though.

It was an introduction to urban planning, designed to give newcomers some understanding of the (short) history of the profession, and an understanding of current practice. Noticeably absent was any mention of the urban renewal debacle of the 50s, 60s, and part of the 70s, during which urban planners inflicted massive damage on cities across the U.S., from which many still haven’t recovered.

Leaving this out of urban planning history is akin to the U.S. Army leaving World War II out of it’s history. The shame is understandable, but it’s hard for a profession to avoid future mistakes if it doesn’t acknowledge those of the past.

To be fair, it wasn’t planners who came up with the disastrous idea of revitalizing cities by demolishing historic buildings and poor-but-healthy (usually ethnic) neighborhoods. But they did implement it. Whose idea was it? Here’s the Abstract from a paper by Alexander von Hoffman in Issue 3 of Volume One (2008) of the Journal of Urbanism, titled “The Lost History of Urban Renewal“:

“Contrary to common understanding, the US government’s policy of ‘urban renewal’ was conceived as an alternative policy to slum clearance. Bitterly opposed to public housing, conservative housing‐industry trade associations sought a way to reform the urban redevelopment formula of clearance and public housing established in the Housing Act of 1949. In the early 1950s, the industry groups seized on citizens’ neighborhood fix‐up efforts, particularly the Baltimore Plan, to conduct a national campaign to popularize code enforcement, rehabilitation, and private low‐cost housing development as methods to restore and stabilize city neighborhoods.”

“At conferences organized by House and Home magazine and in the President’s Advisory Committee on Government Housing Policies and Programs, the housing industry associations fashioned policies, now named ‘urban renewal,’ which were codified in the Housing Act of 1954. But private industry’s venture in urban policymaking failed in implementation. Home builders proved reluctant to participate in the new programs, public housing hung on, and hundreds of thousands of homes fell to the wrecking ball. As urban renewal became synonymous with slum clearance, neighborhoods continued to decline. In the end, ironically, housing rehabilitation reemerged as a populist tool for reviving the inner city.”

Now, a California city is finally getting around to restoring the downtown that urban planners obliterated half a century ago. This story has some personal interest: I graduated from Pioneer High School in Campbell, California (a suburb of San Jose) in 1969.

During my many trips to San Francisco via El Camino Real, I often wondered whether any of the identical-looking commercial areas labelled “Sunnyvale”, “Palo Alto”, “Santa Clara”, etc. actually had a real downtown. The following excerpt from an Opinion piece by Dan Ondrasek in the Mercury News on June 9, 2018 answers my question regarding Santa Clara:

In the 1960s, a wrecking ball crushed the last of downtown Santa Clara. Citizens looked on in bewilderment and sadness. Within 10 years, any hope of promised benefits of urban renewal were dashed with the result — a two-block concrete strip mall. Only 13 of the 120 original merchants returned. The Mercury News called the demolition of downtown Santa Clara one of the “Worst Decisions in Silicon Valley in the last 50 Years.”

What followed was even worse. The city engaged in parcel-by-parcel development. This approach replaced the charming downtown with a jumble of unrelated office buildings, strip malls, a 1980s apartment complex and a traffic court – surrounded by a sea of surface parking lots.

It left many Bay Area residents wondering if Santa Clara had a downtown, and if so, where is it?

Santa Clara is on the verge of fully restoring its downtown, but it will only happen if the city council stops parcel-by-parcel development and fully funds an integrated plan.

The effort to restore downtown began two years ago.

Rod Dunham got things started by posting a Facebook page called “Reclaiming Our Downtown.” What began with a meeting attended by five Santa Clara natives has now grown into a force of more than 3,000. All want Santa Clara’s heart back. Past bickering has been replaced by unity among a diverse group of residents and groups working to plan and build a nationally significant and economically viable downtown.

Reclaiming our Downtown has a vision for a restored downtown Santa Clara that contains these elements:

See full Opinion by Dan Ondrasek in the Mercury News.