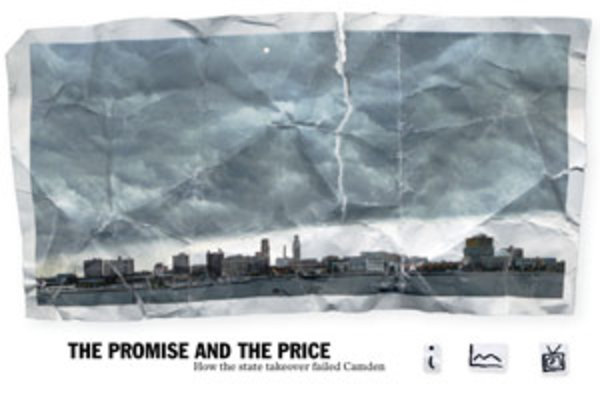 This 2009 article reported that, despite several major efforts, Camden, New Jersey was not revitalization as intended.

Camden, New Jersey is so broke, so unable to perform the basic functions of government, that the obvious solution – repairing the century-old brick sewer system – is almost impossible to achieve, fiscally and politically.

Life in Camden wasn’t supposed to be like this. Seven years ago, New Jersey rolled out a revitalization plan that brought with it the biggest municipal takeover in American history.

After years of being subsidized by state taxpayers, corrupt and crumbling Camden would be taken over, repaired, and put on a path to self-reliance.

Then-Gov. Jim McGreevey gave Camden $175 million in bonds and loans, plus a one-time $7.5 million appropriation from the state budget, in exchange for an appointed chief operating officer to run the government and for gubernatorial control over the school board. His plan would create jobs, improve the quality of life, decrease crime, demolish all unsafe vacant buildings, lure new businesses, and, yes, mend sewers.

Five years later, when the recovery effort was first scheduled to be completed, the Gonzalezes bought a small rowhouse with money earned cleaning offices in Cherry Hill. But their odorous problem has now forced them to put that house on the market for the price they paid, $69,900.