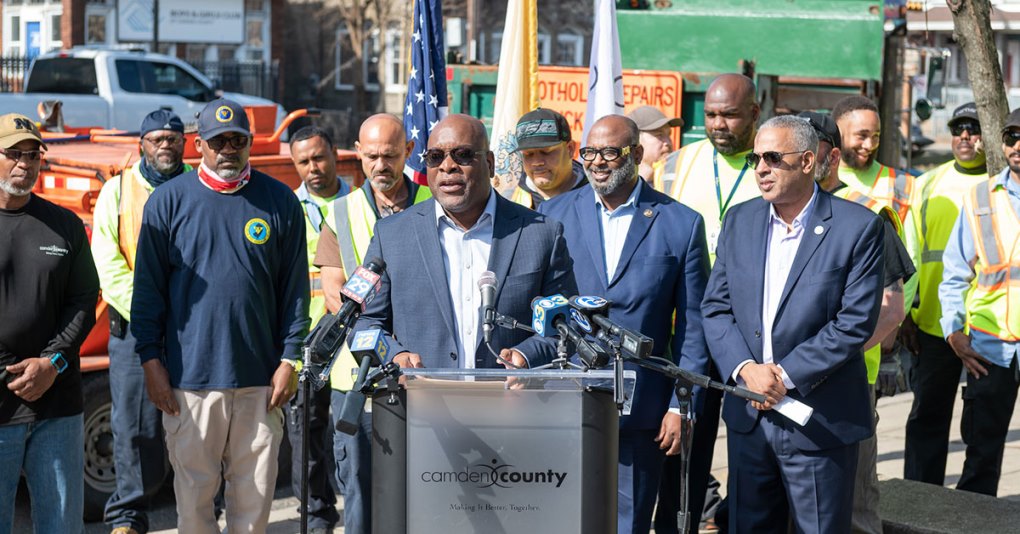 Long-time readers of REVITALIZATION—as well as readers of my (Storm Cunningham) books—know that Camden, New Jersey has a reputation for being one of the most “revitalization-resistant” cities in the United States.

It isn’t due to lack of effort: just about every known tactic has been tried—riverfront aquarium, adaptive reuse of historic buildings (such as RCA), green energy (massive rooftop and parking lot photovoltaic at the Campbells Soup plant), brownfields redevelopment (multiple), entire neighborhood redevelopment (the Cherokee Investment Partners fiasco), economic development incentives, declaring bankruptcy and being taken over by the state, and so forth.

But the needle has seldom moved much as regards the city’s trajectory, most likely because Camden has never actually had a strategic renewal process…just a long series of disconnected projects. That isn’t unusual, of course: most cities lack such a process. But few cities need it as badly as does Camden.

I got some insight into the problem when Rutgers University in Camden brought me in to do a lecture on community revitalization some two decades ago. The talk was very well attended—the room was packed—but not a single official city leader of any kind was present.

Now, on April 21, 2022, the city has decided to take the infrastructure renewal and corridor revitalization approach. That’s when their Board of Commissioners joined Mayor Victor Carstarphen to unveil the details of a multimillion-dollar reconstruction project that’s now underway, designed to help revitalize the 27th Street corridor.

This main thoroughfare through East Camden stretches from Marlton Pike to Harrison Avenue is need of a full facelift to upgrade utilities, widen the street and repave the surface.

“We are listening to the concerns of residents and taking the advice of experts to complete both above and below ground reconstruction of 27th Street,” said Commissioner Al Dyer, who also serves as the liaison to the Department of Public Works. “Through this project, we will improve underground utilities as well as the roadway for traffic, pedestrians, business and the overall community.”

The project will aim to accomplish the following objectives based on resident, stakeholder and community feedback: 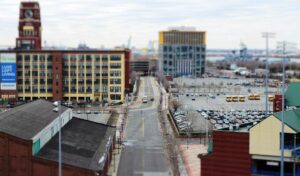 “If I interact with 10 residents, 9 of those residents said to fix our streets and I can proudly say we are doing so,” said Carstarphen.

“If Camden is to become a model of a 21st century city, improving our infrastructure and roadway conditions must remain a top concern. That’s exactly why I made it part of my 100-day plan and that’s why I remain committed to placing such a heavy emphasis on improving Camden’s roadways. The 27th Street project has been in the making for a long time and it was at the top of my to do list. Projects like this require collaboration by extraordinary partners at every level and we now have those extraordinary partners in place. The city of Camden, the county, the Camden County Municipal Utilities Authority, PSE&G and Camden Community Partnership are all committed to completing this significant project, improving roadways and enhancing the quality of life citywide,” he added.

The project will encompass 27th street from Marlton to Federal streets and Baird Boulevard and will be completed in four phases.

“Investing in quality, safe roads for our community is a must. The newly reconstructed 27th Street is going to be a huge relief for locals,” Congressman Donald Norcross said.

“Driving on this road is a bit like riding a rollercoaster, and not in a fun way. But thanks to strong partnerships between every level of government and residents, we’re able to start this important project to improve our streets and the quality of life for people who live here,” he added.

The first phase was conducted in 2020 and 2021 when NJ American Water completed water main and later connections. The project is currently in its second phase where city and county have partnered to pave the alleyways along 27th street.

Phase three will upgrade the sewer system and phase four will have the county using state funds to rebuild the roadway, sidewalks and streetscape amenities. Altogether, the project is estimated to be completed in late 2023.

The project will cost nearly $10 million, with the New Jersey Infrastructure Bank providing $3.5 million to the county that will be dedicated to widening 27th Street, installing a south side parking lane with two-way travel lanes, installing new curbs, handicap ramps and sidewalks, fully reconstructing the road and putting in a new traffic signal at the intersection of Berkley Street.

An additional $81,500 is being used to pave 27th Street’s alleyways and the cost of sewer and stormwater upgrades will be paid for by the city through the New Jersey Infrastructure Bank for $5.5 million. The state Department of Transportation provided an additional $750,000 grant for concept development and design of the project.