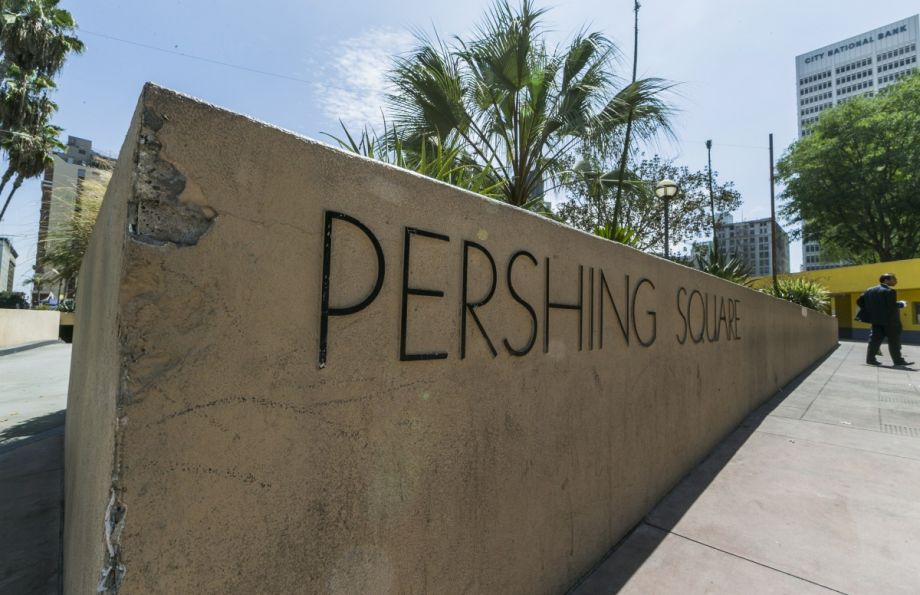 If Don Johnson and Kim Jong Un designed a public space together, they might come up with something like Los Angeles’ Pershing Square.

Though flanked by some of Los Angeles’ stateliest Beaux Arts buildings — most notably the Biltmore Hotel — Pershing Square is pure Miami, with a bright yellow pergola and an inexplicable nonfunctioning purple bell tower. Then again, it’s also pure totalitarianism. The same 1992 redesign that brought the follies and bold colors also built parapets, curb cuts and expanses of concrete that cordon off the square from the surrounding sidewalks and make it look more like a bunker than a park. It does not exactly encourage public assembly.

“It’s closed off, not welcoming and very self-conscious … it goes to show how immature Los Angeles is as a city,” says Brigham Yen, a downtown real estate broker and author of the blog DTLA Rising. 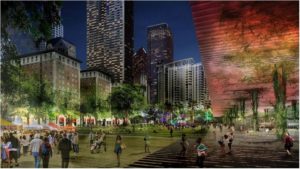 Now, an effort is afoot to finally do something about it.

Next week, three finalists will be chosen in the Pershing Square Renew Design Challenge. They will be chosen from ten semifinalists, who were named in October, that include not only some of Los Angeles’ most august architecture firms but also some renowned international firms.

They have all been drawn to the competition because Pershing Square’s failure is, literally, world famous.

“This is the worst example of a public space in America,” Yen says. “It is also the most important public space left in America that hasn’t been revitalized.”