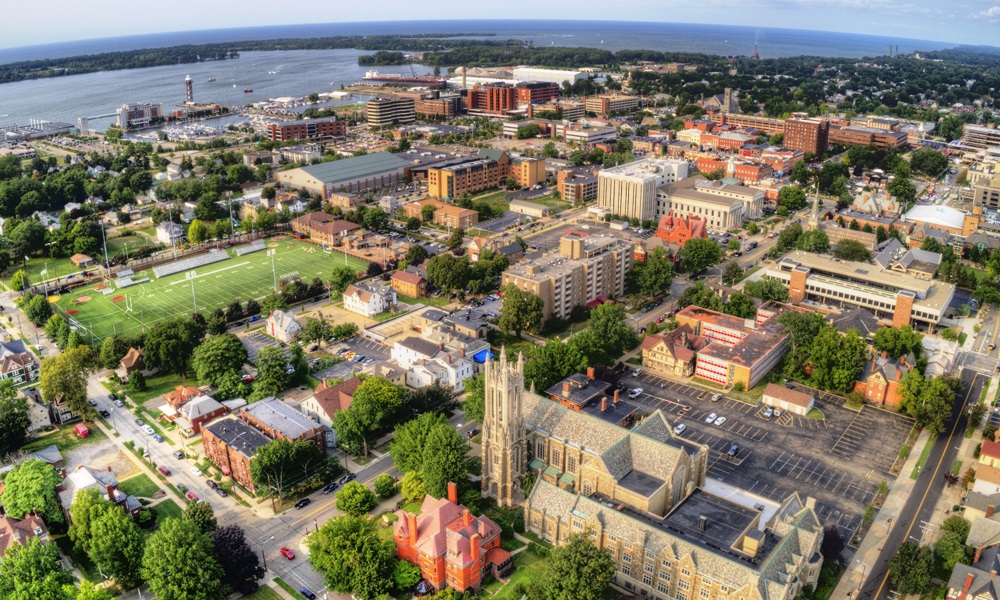 Located on the shores of the Great Lake that shares its name, Erie, Pennsylvania has seen its share of difficulties in recent decades, as the manufacturing sector there has eroded and its economy morphs into one that is less reliant on heavy industry.

“It’s been a steady population and economic decline,” John Persinger, CEO of the nonprofit Erie Downtown Development Corporation told Route Fifty last month. “Like, we haven’t had one year of growth.”

Persinger notes that a ZIP code where his organization works was identified earlier this year as the poorest in Pennsylvania. About 6,600 of the city’s 44,790 houses are vacant or abandoned.

It’s against this backdrop Persinger and others are working to build Erie’s reputation as an attractive place for investment through the recently formed Opportunity Zones program.

An Opportunity Zone is an economically-distressed community where new investments, under certain conditions, may be eligible for preferential tax treatment. Localities qualify as Opportunity Zones if they have been nominated for that designation by the state and that nomination has been certified by the U.S. Treasury via the Internal Revenue Service.

Opportunity Zones are designed to spur economic development by providing tax benefits to investors. First, investors can defer tax on any prior gains invested in a Qualified Opportunity Fund (QOF) until the earlier of the date on which the investment in a QOF is sold or exchanged, or December 31, 2026. If the QOF investment is held for longer than 5 years, there is a 10% exclusion of the deferred gain. If held for more than 7 years, the 10% becomes 15%.

The National Council of State Housing Agencies said it has identified about $15 billion of anticipated investment across 53 Opportunity Funds it is tracking.

He predicts that the amount of investment that flows through the funds could exceed $100 billion.

But Katz adds that this money on its own will not solve the problems afflicting many zones. “There’s a lot of work to do here that tax-advantaged capital will not do by itself,” he said.