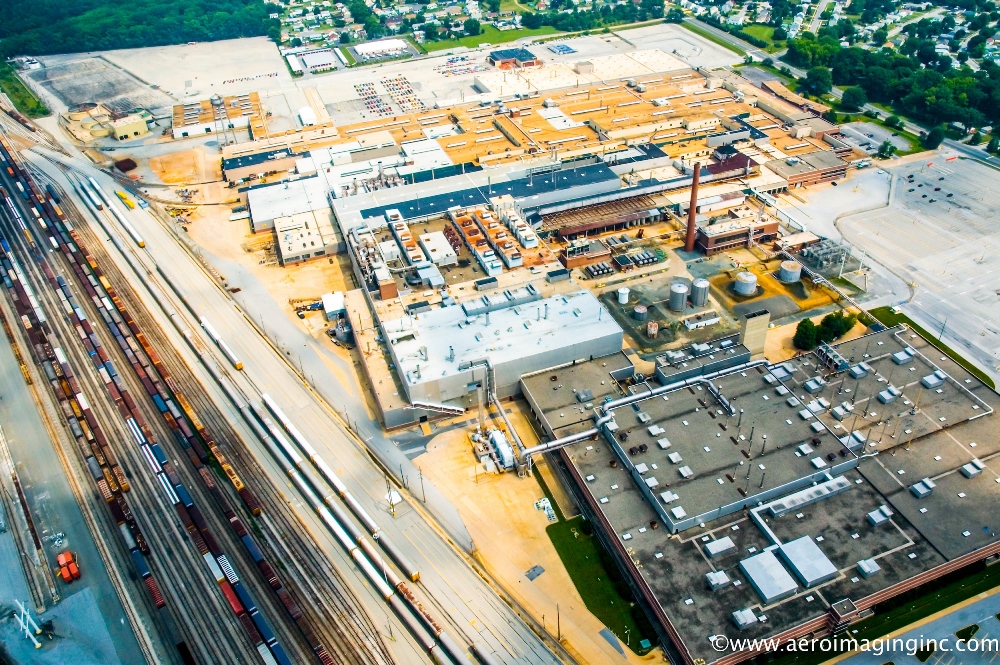 Since opening in 1947, the plant on Boxwood Road in Wilmington employed thousands of Delawareans. As many as 1,200 cars a day once rolled off the assembly line.

From cars like Chevrolet’s Chevette and Beretta to the Pontiac Tempest and eventually the Saturn Sky, hundreds of thousands of vehicles hit the road after being built in Delaware. But all that work stopped on July 28, 2009, and the plant has been vacant ever since.

But all that’s about to change. Local developer Tom Hanna has big plans for the future of this massive property. 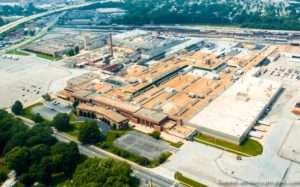 “The idea that 1,200 cars a day were once rolled off the lines here, to me, is really just powerful to even think about. We hope to restore this property back to the economic energy that it once was for this community,” said Hanna, president of commercial real estate developer Harvey, Hanna & Associates. And redeveloping the plant isn’t just a professional goal for Hanna — it’s a personal one, too.

In June of 2018, Harvey Hanna & Associates convened with residents, officials, and other members of the Wilmington-area community to discuss their current and future plans for the former General Motors plant on Boxwood Road.

Along with representatives of the Delaware Department of Natural Resources and Environmental Control, our engineering firm Apex Engineering, and a number of area elected officials, we heard plenty of positive feedback from residents excited about our plans to create a modern business and distribution campus at the plant property. We also heard several quality-of-life concerns about the changes that would accompany its transformation. 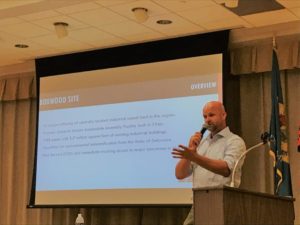 As a local firm with deep ties to New Castle County, Harvey Hanna promised to maintain an open dialogue with residents throughout the process, and will schedule future meetings every 4 to 6 months to ensure transparency and public input. While a new business campus will not generate the same level of activity than the GM plant at its peak, it will have far-reaching implications across Wilmington and the rest of the region. By continuing to work together, they hope to create thousands of new jobs, and a better, more prosperous future for the community.

In May of 2018, Harvey Hanna announced the results of a study commissioned to measure the economic impact of its planned redevelopment of the former General Motors plant into a thriving, state-of-the-art business, fulfillment and distribution campus.

The report, prepared by Philadelphia-based Econsult Solutions, found that upon completion, Harvey Hanna’s exploratory plan for the property would produce more than $281 million in annual impact, largely through the creation of more than 2,100 permanent jobs in logistics, distribution, engineering, transportation and an array of support industries and services. The project would also create another 160 jobs annually over an estimated nine-year construction period.

“Since purchasing the former GM plant in 2017, Harvey Hanna’s plans for the property have been focused on a singular mission to create thousands of lasting, 21st century jobs for the residents of Wilmington, New Castle County and greater Delaware,” said Tom Hanna. “This study affirms our belief that creating a modern distribution and business campus can help restore this property’s long history as a vital source of employment and a nucleus for the local economy.”

According to the study, construction of the new business and distribution campus would generate a total of $6.8 million in taxes for the state of Delaware. Once construction has been completed, the reimagined property would also generate more than $7.6 million in annual revenue through personal and business taxes, as well as $2.4 million in new property taxes annually for the Red Clay School District and New Castle County.

In addition, the study found Harvey Hanna’s transformation of the former plant will also have a positive impact on property values in its immediate vicinity, driving the median home price up roughly 14 percent from $215,000 to $245,000 or higher, exclusive of inflation.

“We must win the future,” said New Castle County Executive Matt Meyer. “This is further proof that Harvey Hanna’s redevelopment vision could create thousands of jobs and transform our largest shuttered factory into an economic engine for generations to come.”

Filed with the New Castle County Department of Land Use in April, Harvey Hanna’s Brownfield Redevelopment concept plans call for the complete demolition of all dormant buildings on the 142-acre property, to be followed by the construction of 3 million square feet in new commercial space spread across four buildings with a lower overall footprint than the previous structure. If approved, the buildings would be constructed in multiple phases, with additional green space, improved storm water management and new landscaping buffers added to the new business and distribution campus. The plans are conceptual in nature, and must be reviewed and approved by New Castle County as well as other state regulatory agencies.

“The transformation of the former GM plant from a vacant brownfield to a thriving center of jobs and commerce holds the potential to create economic impact far beyond the property itself,” said Hanna. “By generating new jobs, raising property values and creating additional tax revenue, we hope to serve as a catalyst for the revitalization of downtown Newport and other communities across the region.”

The economic data does not reflect other redevelopment efforts planned by Harvey Hanna as part of a wider effort by Harvey Hanna to transform underutilized areas of New Castle County, specifically in and around the greater Newport area. The firm is currently pursuing $150 million in transit-oriented development of 400,000 square feet of mixed-use commercial transit oriented development around the SEPTA rail station in downtown Newport, Del., where future employees at the Boxwood Road property can live, eat, shop and play. Harvey Hanna’s plans for the Newport development also include an environmental center advocated by town officials, as well as a Riverwalk trail that will connect with the New Castle County bicycle and pedestrian trail network currently under construction.

Harvey Hanna acquired the Boxwood Road property in 2017 with the goal of redeveloping its more than 3 million square feet of industrial and office space. The longtime former home of a General Motors automotive plant, the property is strategically located along the I-95 corridor and is set in one of the country’s major population base, making it an ideal setting for distribution, fulfillment and logistics users and businesses. Offering easy access to major markets including Philadelphia, New York City, Baltimore and Washington, D.C, the property is a springboard to multiple major U.S. highways, including I-95, I-295 and I-495.

The property is also equipped with full access to area rail lines, allowing distribution or fulfillment companies to both ship and receive goods from across the region, and is just minutes from the growing Port of Wilmington, which handles more than 400 ship calls and 6.8 million tons of cargo each year.

Read full article (or listen to program) by Mark Eichmann on the WHYY public radio website.