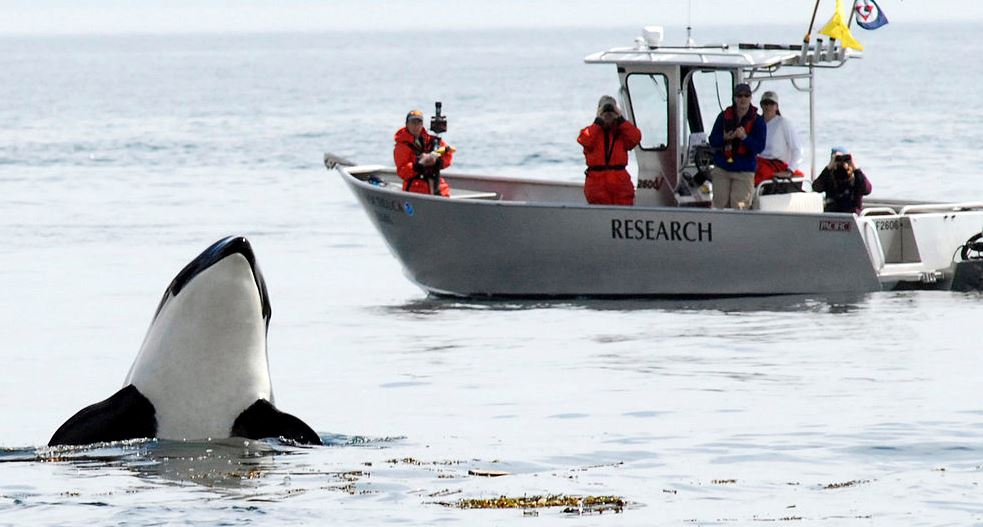 The Southern Resident Killer Whale is an iconic species that faces significant threats to its survival and recovery. These threats relate to: lack of availability of food; acoustic (noise) and physical disturbance from marine vessels; and contaminants in the water.

On October 31, 2018, Jonathan Wilkinson, Minister of Fisheries, Oceans and the Canadian Coast Guard, Sean Fraser, Parliamentary Secretary to Minister of Environment and Climate Change and Marc Garneau, Minister of Transport, announced a suite of additional bold measures by Canada, all focused on broadening and strengthening protection and recovery efforts for the species.

Through the national Coastal Restoration Fund, the Government of Canada is providing $75 million in funding to support marine habitat restoration priorities and address threats to marine species located on Canada’s coasts and waterways. To date, a total of $14.9 million has been announced to support 11 projects across British Columbia. This work will help restore habitat for Chinook salmon, the preferred prey of the endangered Southern Resident Killer Whale.

“We know that the number of Southern Resident Killer Whales has been declining and action is required to protect this iconic species. We’ve taken considerable action to begin to address these issues over the past two years. However, additional actions are required to help safeguard this whale population for future generations. Today’s bold and unprecedented actions represent a major step forward in addressing key concerns. By increasing access to food, reducing vessel noise and addressing key contaminants of concern, the Government of Canada is taking action to protect and to enable recovery of the Southern Resident Killer Whale,” said Wilkinson.

An additional $61.5 million is being committed to implement the new measures. With this suite of actions, they are continuing their initiative to protect and recover this endangered species. The plan is to have additional measures in place by the time the whales usually return to the Salish Sea in greater numbers in late spring.

Canadians recognize the urgency of addressing key threats to these iconic creatures, which is why the Government of Canada, over the past two years, has taken important steps to protect and recover the Southern Resident Killer Whale population.

“The Southern Resident Killer Whale is a vital component of the local marine ecosystem and has cultural significance for Indigenous peoples and coastal communities in British Columbia. These magnificent creatures face an imminent threat to their survival and recovery, and we are taking immediate action to better protect them. Building on Canada’s historic Oceans Protection Plan, we are putting in place stronger controls on contaminants impacting whales. These new additional measures will help better protect, preserve and restore our marine ecosystems,” added McKenna.

In 2016 the Oceans Protection Plan contained several measures, including funding to support the increased use of hydrophones and support contaminant monitoring program that address threats to the whales. In Budget 2018 the Government of Canada introduced a $167 million “Whales Initiative,” which contained several additional measures that aimed to address all three key threats to the species.

Going forward, the government intends to continue measuring the effectiveness of all these actions on an ongoing basis and will work in partnership with key stakeholders and Indigenous communities to ensure compliance.

Taken together, this new suite of measures represents a bold initiative that addresses all three key threats to this iconic species. The Government of Canada is firmly committed to the protection and enhancement of biodiversity in Canada.

Earlier this year, the Government of Canada determined Southern Resident Killer Whales are facing imminent threats to their survival and recovery, requiring immediate intervention to help them survive. Building on the historic $1.5 billion Oceans Protection Plan, the Government of Canada invested $167 million in Budget 2018 to protect and restore key endangered whale populations.

As part of the process under the Species at Risk Act, the Government of Canada is currently accepting comments on adding a new area of Critical Habitat in the waters off the coast of Southwestern Vancouver Island, where these whales are known to socialize, feed, and raise their young.

Canada is proposing the establishment of a new area as Critical Habitat and protecting it with a Ministerial Critical Habitat Order under the Species at Risk Act for which we have been consulting with First Nations and other stakeholders over the past few months and ongoing.

“The survival and recovery of the Southern Resident Killer Whale is important to Canadians and we are taking action. The Government of Canada has taken concrete steps to support the recovery of this iconic species with more to come. As we continue to understand how we can reduce the impacts of human-caused threats, we will continue to adapt our actions to respond to new information to ensure we are contributing to the successful recovery of all endangered whale populations,” concluded Garneau.

The Government of Canada recently amended the Marine Mammal Regulations to provide greater protection for marine mammals including Canada’s at-risk whales. As of this July, a minimum distance approach of 200 metre for all killer whale populations in all Canadian fisheries waters in the Pacific Ocean and British Columbia is now mandatory.

A bit earlier in October, the Government of Canada introduced in Parliament legislative amendments to the Canada Shipping Act to strengthen the authorities to put in place regulations to better protect marine ecosystems from the potential impacts of marine vessels, including the impacts of underwater noise on Southern Resident Killer Whales.

Photo (courtesy of NOAA) shows an orca near the research vessel Noctiluca of the Northwest Fisheries Science Center.