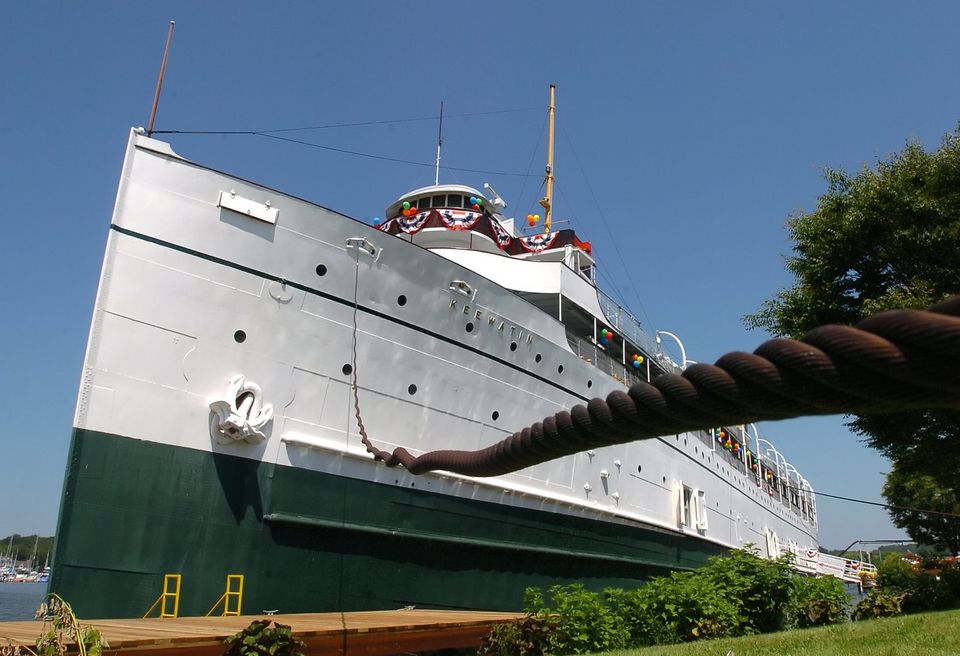 A historic steamship docked in West Michigan as a 45-year floating museum is getting closer to her third life as a fully restored residential and resort development tourist attraction in Canada.

The Canadian government allocated $480,000 toward the $1.1 million restoration of the S.S. Keewatin, an Edwardian-era steamship that left her berth in Douglas in 2012 to return to home port of Port McNicoll, Ontario.

Skyline International Development bought the 108-year-old freight and passenger liner in 2011 and towed it from its 45-year dockside home on Kalamazoo Lake along the Blue Star Highway in Douglas, where it was a museum.

Built in Scotland and launched on July 6, 1907, the 350-foot vessel came to Canada in 1912 and today is considered the last Edwardian-era steamship left in the world.

The “Kee,” as Canadians call her, was one of the luxury ships of the Canadian Pacific Railways that plied the Upper Great Lakes during the first half of the 20th century.