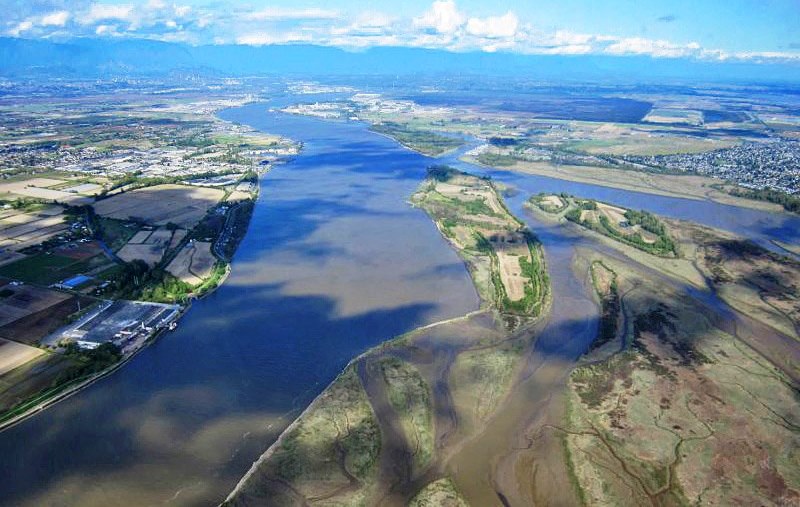 On December 20, 2018 in the province of British Columbia, Canada, the Member of Parliament for Delta, Carla Qualtrough—on behalf of the Minister of Fisheries, Oceans and the Canadian Coast Guard, Jonathan Wilkinson—announced that Ducks Unlimited Canada will be conducting a Coastal Restoration Fund project to help restore coastal habitats in the Fraser River Estuary.

This restorative, $2 million project will assess methods of controlling invasive plants that negatively impact fish habitat in the Fraser Estuary. Restoration work aims to reconnect marsh habitat that is currently alienated behind dikes in the South Arm Marshes. Water control infrastructure on Gunn and Rose Kirkland Islands will also be upgraded.

“Our government is committed to protecting our coasts – that’s why we’re implementing our Oceans Protection Plan, which allows us to work together to make our oceans and coasts safer, cleaner and healthier. The $75 million Coastal Restoration Fund provides an opportunity to address threats to our ocean and coastal areas. I am pleased that our collaboration with Ducks Unlimited Canada will ensure healthy, thriving coastal habitats in British Columbia for future generations,” declared Wilkinson. 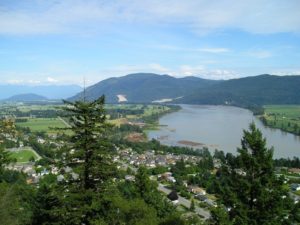 Looking east on the Fraser River near Mission, BC. Photo by: M. Lounsbery via Wikipedia.

This project will improve fish access to tidal marsh habitat in the South Arm of the Fraser River. In collaboration with the Raincoast Conservation Foundation, Ducks Unlimited Canada will be modifying existing sea dikes and flood control infrastructure that is currently impairing the ability of the area to provide habitat to fish.

“Investing in projects that make our marine coastlines more sustainable is what Canadians want, and what our environment and marine species need. I am proud to see this funding come to British Columbia through the Coastal Restoration Fund, where it will improve the protection and restoration of coastal habitats for marine species that are vital to the region, from wild Pacific salmon to Southern Resident Killer Whales,” added Qualtrough.

These regenerative actions will support juvenile Chinook salmon as they begin their seaward migration, in order to improve their early marine survival and contribute to the rebuilding of Pacific salmon populations. Through the Government of Canada’s Oceans Protection Plan, Ducks Unlimited Canada will receive over $2 million over four years for the project.

Back in May 2017 (as featured here in REVITALIZATION), the Government of Canada announced the $75 million Coastal Restoration Fund to help rehabilitate some of our most vulnerable coastlines and protect marine life and ecosystems. The Coastal Restoration Fund supports projects that contribute to healthier habitats for fish on all of Canada’s coasts with preference given to projects that are multiyear and involve a broad number of partners, including Indigenous groups.

Launched in November 2016, the five year, $1.5 billion Oceans Protection Plan is the largest investment ever made to protect Canada’s coasts and waterways. Over the past two years, the Government of Canada has invested in hundreds of projects that are making our marine safety system stronger, and protecting our coastal environments and marine species more than ever before. Based on the latest science and technology, Indigenous partnerships and collaboration, these projects bring us closer to healthier, cleaner and safer oceans.

“As the largest estuary along the BC Coast, the Fraser River is critical to internationally significant populations of salmon, waterfowl and shorebirds. This makes it a foundation for the cultural, social and economic livelihood of people in Vancouver, the BC Coast and Fraser River watershed. Important Investments like this made by the DFO’s Coastal Restoration Fund will dramatically improve the health of Fraser River estuary and help maintain its biodiversity for years to come,” concluded Karla Guyn, the CEO of Ducks Unlimited Canada.