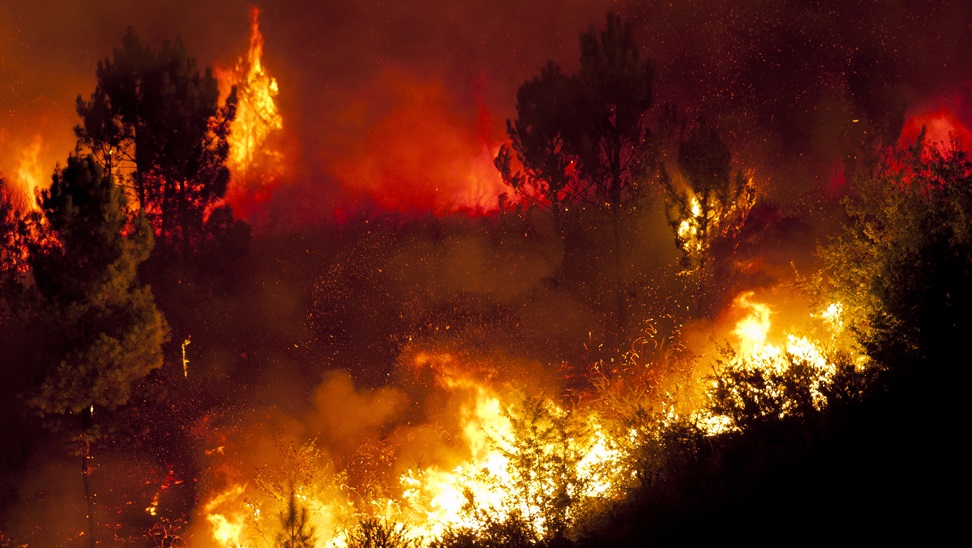 Canadians are seeing the costs of climate change firsthand, from devastating wildfires to floods, droughts and extreme heat.

Communities across Canada—and around the world—desperately need help boosting their resilience by adapting to the risks and costs of a changing climate and protecting their homes and livelihoods.

As a result, on October 25, 2018, Canada’s Minister of Environment and Climate Change, Catherine McKenna, and the Prime Minister of the Netherlands, Mark Rutte, formally announced Canada’s participation in and support of the new Global Commission on Adaptation.

“Canadians are experiencing the impacts of a changing climate firsthand. We’re thrilled to partner with the Netherlands on a global effort to better protect people from the costs and risks of a changing climate. Here at home, our Climate Services Centre will give Canadians the tools they need to plan for more extreme weather by better understanding the risks and trends we’re seeing,” said McKenna.

The Global Commission is an initiative spearheaded by the Netherlands to catalyze a global movement to bring scale and speed to climate adaptation solutions. It has been convened by 17 countries, including Canada, with the goal of encouraging bold solutions to build resilience to climate-related threats.

“Even if we succeed in keeping global warming under 1.5 degrees Celsius, by the end of the century, the urgency of climate adaptation cannot be overstated. Sea levels will rise. More extreme periods of drought and rainfall will occur. There is no denying that the world needs to prepare itself. The Netherlands, through our Global Center on Adaptation, stands ready to work with Canada and other partners toward a more resilient future for all,” explained Rutte.

Canada will contribute CAD 7.5 million (€5 million) to support the work of the Global Commission. The Government of Canada says it is committed to helping Canadians adapt and build resilience to the impacts of climate change, whether they are extreme events like flooding or drought or longer-term changes that affect infrastructure and human health.

As proof, other recent Government of Canada resilience investments include:

“The Global Center on Adaptation advances bold actions that help communities and countries all over the world become more resilient to climate-related threats. The 20/20 Young Adaptation Professionals Program is part of that mission. We look forward to working with the International Development Research Centre and showcasing the work of these young professionals from the Global South as they contribute to the global adaptation agenda and the 2020 Adaptation Action Summit to be hosted by the Netherlands,” added Patrick Verkooijen, Chief Executive Officer of the Global Center on Adaptation.

In Budget 2017, the Government of Canada announced a total of CAD 107.61 million over 11 years, beginning in 2017–2018, to establish the Canadian Centre for Climate Services program to strengthen national and regional capacity to incorporate climate change considerations in adaptation decision-making.

Canada also unveiled a new service to provide Canadians with access to the information and support they need to understand and plan for the effects of climate change. The Canadian Centre for Climate Services is a user-friendly online resource that makes Canada’s climate data accessible to Canadians, communities and businesses.

“There is no doubt that we must raise our collective ambition to learn and act faster than the climate is changing. By partnering with the Global Center on Adaptation, the International Development Research Centre hopes to support an equitable, representative, truly global response to climate change, fostering the next generation of adaptation research leaders from across the Global South,” concluded Jean Lebel, President of the International Development Research Centre.

As part of the partnership between International Development Research Centre (IDRC) and the Global Center on Adaptation, the IDRC will support the Global Center’s work by contributing to the 20/20 Young Adaptation Professionals Program. This program will bring to the table a range of research voices from across the Global South. The perspectives, experience, and expertise of these emerging researchers will inform a range of critical issues in the global adaptation agenda, including disaster resilience, energy for all, urban planning, biodiversity, the blue economy, and climate mitigation and adaptation.