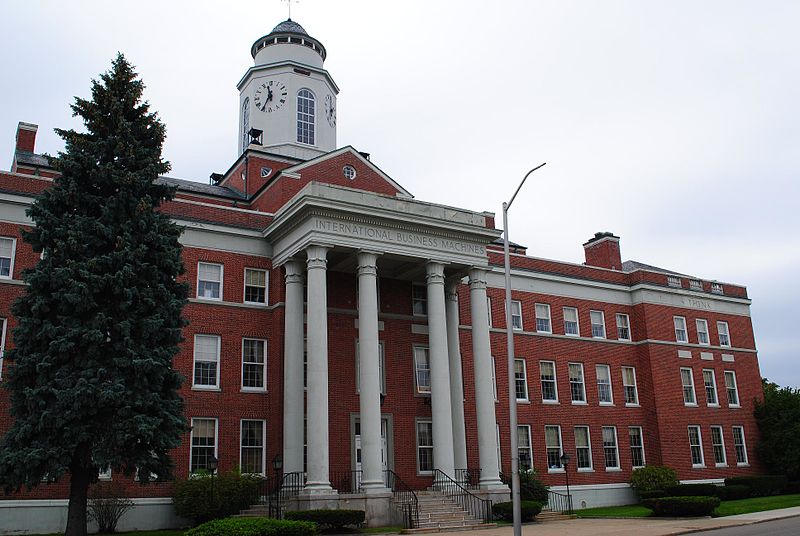 The village of Endicott in Broome County, New York was the birthplace of IBM, so it was painful when the firm left town nearly two decades ago to avoid paying real estate taxes.

The pain continued when the village discovered that IBM had left the property badly contaminated, making redevelopment difficult. 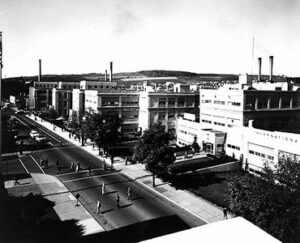 It wasn’t until 2015 that IBM finally settled a lawsuit brought by 1000 plaintiffs who alleged that toxic spills at IBM’s Endicott manufacturing plant caused illnesses and deaths, damaged property values and hurt businesses.

Now, on September 22, 2021, good new regarding the site finally arrived when the Canadian firm Ubiquity Solar Inc. announced that it will establish its U.S. solar photovoltaic manufacturing operations at the former IBM site.

Hopefully, they will prove to be a more ethical employer than was IBM (not a very high bar, apparently).

For the initial phase of the project, the company expects to repurpose and renovate 800,000 square-feet of space at the former campus, representing an approximately $61 million investment, including site renovations, equipment, and installation. This investment will add to the revitalization already happening at the former IBM campus, which is now home to new and innovative companies.

Additionally, Ubiquity Solar has expects to create up to 150 highly skilled jobs in the region. With the site redevelopment already underway, the company expects to be fully operational at the Endicott campus by the end of 2022.

Ubiquity Solar CEO Ian MacLellan said, “We are excited to establish our U.S. manufacturing operations in the Southern Tier. We know that New York State is business-friendly, has a skilled workforce, and is committed to taking strong actions on climate and sustainability, making it the right location for the first phase of our U.S. expansion strategy. We are thrilled to play a lead role in redeveloping the former IBM site with a commitment to the highest environmental stewardship standards as the foundation for building our ultra-low carbon, Made-in-America, high efficiency PV. We would like to express our sincere thanks to the Empire State Development team for their support.”

Ubiquity Solar is a North American-based company focused on the photovoltaic and related materials markets.

Empire State Development will assist the project with up to $3 million through the Excelsior Jobs Tax Credit Program, to be granted based on actual job creation. The clean energy industry and ancillary industries in the Southern Tier have benefited both from organic growth based off regional expertise and from incentives from the State.

Senator Fred Akshar said, “It’s great to see a new employer continuing the legacy of forward-focused technology at the former IBM Huron Campus. It’s always encouraging to see these kinds of job commitments and the State’s economic development targets here in the community.”

Assemblywoman Donna Lupardo said, “I am very glad that Ubiquity Solar decided to establish its US manufacturing operations here in Endicott. Our region, with its rich history of innovation, and state-of-the-art research facilities, is the perfect spot for clean energy industries to grow and expand. I am thrilled that Ubiquity has expressed a “commitment to the highest environmental stewardship standards” for building their photovoltaic cells. I look forward to introducing them to the numerous community stakeholders who will want to learn more about their plans and operations. Again, this is very welcome news.”

In the project’s first phase, it is expected that the increase in capacity gained from the former-IBM site will enable Ubiquity Solar to produce 1.5 MWp of advanced space grade PV cells for aerospace customers and 350 MWp of utility grade PV cells for the power generation market in 2022. Currently in the USA, the average size of a new PV system on a single-family residence is 7kWp, meaning the initial production line of 350MWp could power 50,000 average sized homes.

“The Southern Tier has become a hub for next generation energy research, innovation and advanced manufacturing, and Ubiquity Solar’s decision to establish its U.S. operations in Endicott is yet another indicator of the region’s bright future,” New York Governor Kathy Hochul said.

“It is through forward-thinking projects like this that we are helping to spur economic development across Upstate New York, ensuring a more sustainable future for generations to come,” she added.

New York State’s green energy agenda is the most aggressive climate and clean energy initiative in the nation, calling for an orderly and just transition to clean energy that creates jobs and continues fostering a green economy.

The state incentives provided for this project directly support those efforts and will not only help shift the state toward a carbon neutral economy, fulfilling the goals of New York’s Climate Leadership and Community Protection Act, but also spur economic recovery from the COVID pandemic.

Photo of IBM headquarters building in Endicott by Rosemaryetoufee via Wikipedia.