Toronto architectural firm Office OU has been announced as the winner of South Korea‘s International Competition for the National Museum Complex Master Plan of the New Administrative City (Sejong City).

Chosen as the winning design among a field of 81 entries from 26 countries around the world, Office OU’s Sejong Museum Gardens will play a crucial role in shaping the cultural landscape of South Korea’s new metropolis.

The competition entry was made in collaboration with Junglim Architecture as the local architect of record, with the goal of turning the administrative capital of South Korea into a “global culture city” with world-significant museum quarter. The 190,000 square metre site will feature a diverse landscape of rice paddies, wetlands, forests and riverbanks with Korea’s Joeseon Dynasty palace architecture. 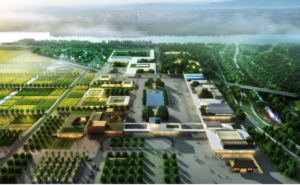 Office OU beat 81 other entries from 26 countries around the world with its master plan for the National Museum Complex at Sejong City.

Sejong City, the new administrative city of South Korea, shifts many of the national government’s functions south from Seoul. Already home to 36 government agencies and over 300,000 residents, Sejong City’s growing political and administrative importance will be complemented by what the competition promoters hailed as a “world-class cultural complex that will be on par with Berlin’s Museuminsel, Vienna’s Museumsquartier, and Washington D.C’s Smithsonian museums.” 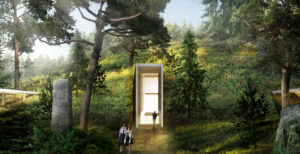 Situated in the heart of the nascent city along the bank of the Geum River, Sejong’s National Museum Complex will be a major cultural center for all of Korea, hosting a diverse range of new institutions.

Museums devoted to Architecture and the City, Design, Digital Heritage, Natural History, and Korea’s Archival Traditions will join Office OU’s National Children’s Museum, along with a number of smaller institutions. In total, nearly a dozen museums—an exact number has yet to be set—will be spread throughout the site.