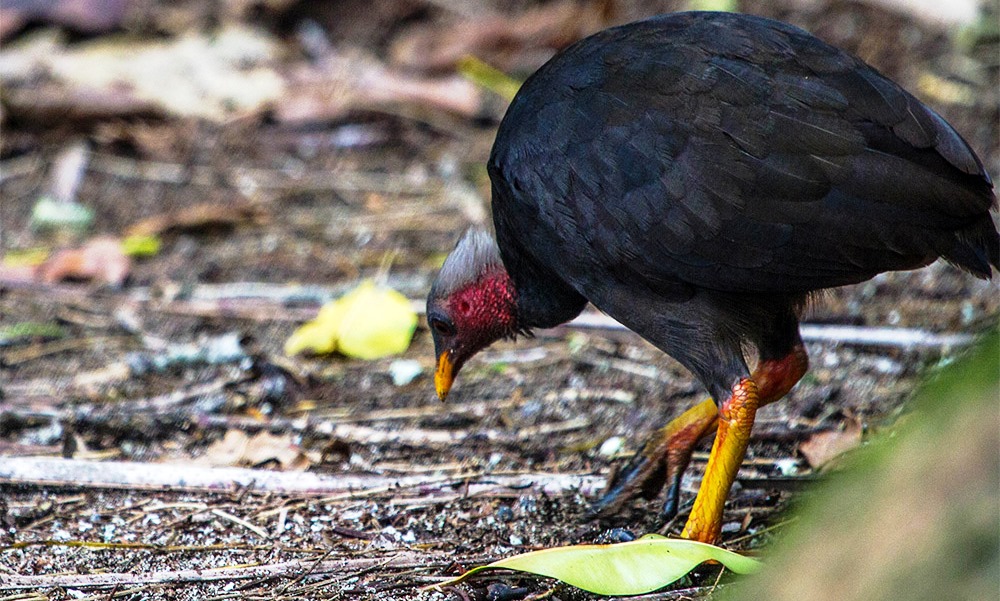 The first-ever successful captive holding program for Palauan Megapodes (megapod is Latin for big foot) has concluded with a release of the birds to their home, Ngeanges Island in Palau.

The success of the captive holding program is a major milestone for the restoration of the ecosystem on Ngeanges, and paves the way for future restoration work in Palau’s stunning Rock Island Southern Lagoon.

The story began in May 2016 when we collaborated with the Koror State Department of Conservation and initiated the Ngeanges rodent eradication project. To safely carry out operations, we needed to house the island’s sensitive native megapodes. To this end a planning committee was formed including Island Conservation, Palau Conservation Society, the Balau National Museum, and the Palau International Coral Reef Center. 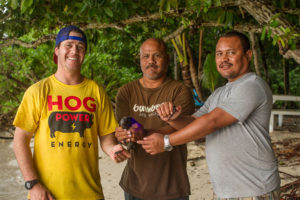 The group designed and built aviaries on a nearby island with careful consideration to create a habitat these birds would feel comfortable in. The Conservation Officers worked days and nights to capture megapodes from Ngeanges; they used a variety of different methods to safely trap the birds. Once they were transported across the lagoon on boat and placed in their aviaries, the birds were monitored and fed by the Koror State Rangers who worked around the clock to ensure the preservation of the Rock Islands.

During post-implementation monitoring, and on subsequent visits by our partners in Palau, the Department of Conservation and the Belau National Museum observed an apparent increase in the activity of megapodes on Ngeanges. There was no shortage of megapode sightings, and observers noted what they perceived to be more abundant signs of megapodes scratching through leaf litter and nest mound building activity. Although it is still too soon to confirm the long term success of the rat removal, these sightings could very well be due to the lack of competition from the invasive rats that abounded on the island only months before

There was no shortage of megapode sightings, and observers noted what they perceived to be more abundant signs of megapodes scratching through leaf litter and nest mound building activity. 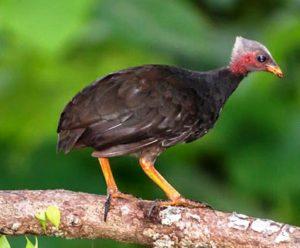 Megapodes are fascinating birds; the subspecies we are working with is endemic to Palau and listed as Endangered. The name is descriptive of the massive size of their feet and legs in comparison to the size of their body. They use their powerful feet to build giant nest mounds on the forest floor by “kicking” soil and leaf litter into a pile that sometimes exceeds six feet in height!

The females lay and bury their eggs in a hole that they dig into the center of the mound. The egg is then incubated by the heat produced by the microbial decomposition of the leaf litter. When the chicks hatch, they dig their way out of the mound and are on their own to fend for themselves. They must forage for food alone and one day build nest mounds of their own.

Megapodes share their island home with a variety of wildlife; the forest is flush with songbirds, Palau Fruit-doves, terns, fruit bats, Emerald Tree Skinks, and the occasional nesting sea turtle.This project marks a huge success for Island Conservation and our work in Palau in both restoration and capacity-building.

This project marks a huge success for Island Conservation and our partners in Palau, in both restoration and capacity-building.

Island Conservation began as a network of conservationists in 1994 and became a charitable organization in 1997. Working together with local communities, government management agencies, and conservation organizations, we select islands that have the greatest potential for preventing the extinction of globally threatened species; develop comprehensive and humane plans for the removal of invasive species; implement the removal of invasive species; and conduct research—conservation measures—to understand the ecosystem changes and benefits to inform future conservation action.

Island Conservation prevents extinctions by working where the concentration of both biodiversity and species extinction is greatest—islands. Removing a primary threat—introduced invasive vertebrates—is one of the most critical interventions for saving threatened plants and animals and restoring island ecosystems. Of the 245 recorded animal extinctions since 1500, 80 percent were on islands. When causes could be determined, nonnative, invasive species were responsible for 54 percent of these island extinctions.

The Palau Conservation Society (PCS) was formed in 1994, the same year that Palau became independent. In the face of mounting development pressure, a group of 10 visionary leaders established PCS to ensure sustainable growth. Starting with species-based educational programs, PCS has expanded to address issues from local concerns to global changes. PCS celebrates its anniversary every year on June 14, the annual “Palau Conservation Day.” Their mission is to work with the community to preserve the nation’s unique natural environment and perpetuate its conservation ethic for the economic and social benefit of present and future generations of Palauans and for the enjoyment and education of all.

The Palau International Coral Reef Center (PICRC) is Palau’s leading research and aquarium institution with a mission to guide efforts supporting coral reef stewardship through research and its applications for the people of Palau, Micronesia, and the world. Our vision is people empowered with science and knowledge for effective marine conservation and management. Our work are locally and internationally relevant and contribute to better informed decision-making regarding use, management and conservation of marine resources.

We are excited to keep the momentum going and we are already making progress towards planning a rat eradication on the main island of Kayangel Atoll in the North of Palau. 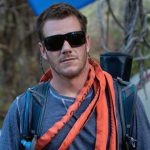 Tommy Hall earned his BS in biology from California Polytechnic, San Luis Obispo, where he worked on a variety of biology and ecology projects.

Traveling with his father in the mountains of California and around the world served as the catalyst for igniting Tommy’s passion for preserving the beauty of natural ecosystems.

This article originally appeared on the Island Conservation website. Reprinted with permission.