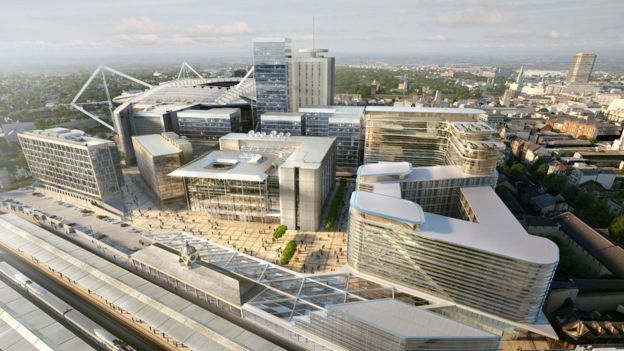 A new public square has been proposed as part of plans for the next phase of the Cardiff, Wales city centre regeneration. 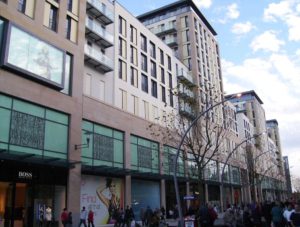 St David’s after 2009 extension.Photo by Seth Whales via Wikipedia.

St David’s (previously known as St David’s Shopping Centre was built in 1982, and was one of the principal shopping centres in the city centre of Cardiff. The construction of a 2009 extension cost a total of £675 million and brought Cardiff within the top five shopping destinations in the United Kingdom.

Three fully-let office buildings and a transport interchange, including office and residential units, have already been given the go-ahead. 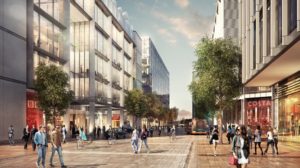 Cardiff’s city centre has undergone a remarkable transformation over the last decade. High quality retail development and strong urban design have helped create a distinctive and contemporary city centre which is evident in the increasing numbers of visitors coming to Cardiff.

Rightacre’s vision for Central Square is that it becomes a proud new gateway to the capital of Wales. A revamped Central Square will reflect Cardiff’s ambition to be amongst Europe’s most successful cities. It will build on its success and become a place defined by excellence in design, in quality, in diversity of offer. It will be a place that inspires and excites. Above all it will be a unique place – a place that captures the essence of the Principality and its values, as a place of warmth and welcome.