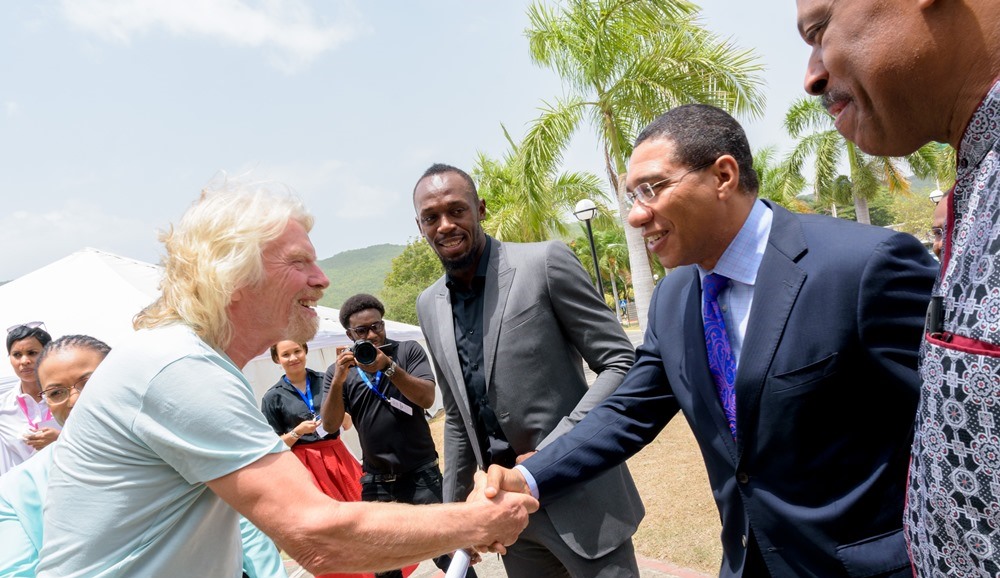 On August 9, 2018 in Kingston, Jamaica, August 9, 2018 a ground-breaking partnership to support the Caribbean’s ambition to become the world’s first “climate-smart zone” was launched. 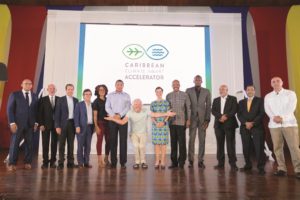 The Caribbean Climate Smart Accelerator is an entrepreneurial engine that catalyses and fast-tracks priority initiatives towards a “climate-smart” zone, delivering resilience, social development and broad-based economic growth for the Caribbean.

Over the next five years, it will do so by identifying and uniting commitments to building a more sustainable and resilient future for island nations through collaboration between national governments, regional and international institutions as well as public and private sector organisations. Twenty-six Caribbean government heads and some of the largest global companies, financial institutions, and foundations have joined the Accelerator since the aftermath of the 2017 hurricanes.

The Accelerator has created an unprecedented coalition including 26 countries and over 40 private and public sector partners which will implement climate solutions for resilience, renewable energy, development of sustainable cities, oceans and transportation. This climate-smart zone will not only protect the region but create jobs and a new economy in climate-smart infrastructure.

Speaking at the event, Sir Richard Branson said: “Our goal is ambitious and bold: we are creating the world’s first climate-smart zone. We have a vision of a Caribbean which is greener, stronger and more resilient than ever before – built on innovation, powered by clean, sustainable energy and accelerated by public and private investment.”

The Caribbean Accelerator has a vision which builds from the strategies of regional governments and agencies, including CARICOM and OECS. Although it has only just launching, it has already started to lay the foundations for success with initial Caribbean Climate-Smart projects including:

Caribbean institutions and agencies – including governments, CARICOM and the OECS – have already started to use the Accelerator’s unique platform of public and private stakeholders to make a difference.

Speaking at the launch, Prime Minister of Jamaica, Andrew Holness said: “Being climate-smart means putting the people of the Caribbean at the centre of all we do – to protect them from the challenges of climate change. The Caribbean Accelerator will also encourage job creation, social inclusion and economic growth. These benefits will only come when Governments, the international community and the private sector work together to overcome barriers and generate the investment that will benefit us all. That is why I am excited by the potential of the Accelerator to join the Caribbean with global partners who share our vision to see investment grow in the years ahead.”

The coalition was first announced in Paris last December, and since then it has grown from 11 to 26 Caribbean countries, with over 40 private sector partners to implement informative climate action across the Caribbean region.

Jorge Familiar, World Bank Vice President for Latin America and the Caribbean, said: “We are committed to a stronger, more resilient, and climate-smart Caribbean. Working together, bringing in international partners and increasing private sector participation will be key to maximize financing for development and create opportunities for all.”

The Caribbean Climate Smart Speed Award shines a spotlight on the people who are making a climate-smart zone a reality in the Caribbean. The purpose of the award is to celebrate examples of innovative, transformative work. Every year, the Accelerator will award the top countries, companies, and organizations that have made significant progress towards a climate smart zone in the Caribbean. One winner and two runners-up will be selected in each of the following categories:

Luis Alberton Moreno, President of the Inter-American Development Bank has played a key role in bringing together a multinational coalition of public and private partners to fast track public and private investments over the next five years.  He stated: “The IDB Group reaffirms its continued and historical commitment to the Caribbean and will work with leaders of the region to improve lives by creating climate-smart and vibrant economies, where people are safe, productive, and happy. We hope that through this Climate Smart Coalition, in addition to offering new affordable financing, we will use the IDB’s extensive regional experience and presence on the ground to work closely with the people of the region to design their Caribbean of the future, today.”

8 Times Olympic Gold Medal Winner Usain Bolt was in attendance to help fire the starting pistol for the Caribbean Climate-Smart Accelerator, which will be led by the Caribbean leaders to create the world’s first climate-smart zone.

All photo courtesy of Virgin Group.