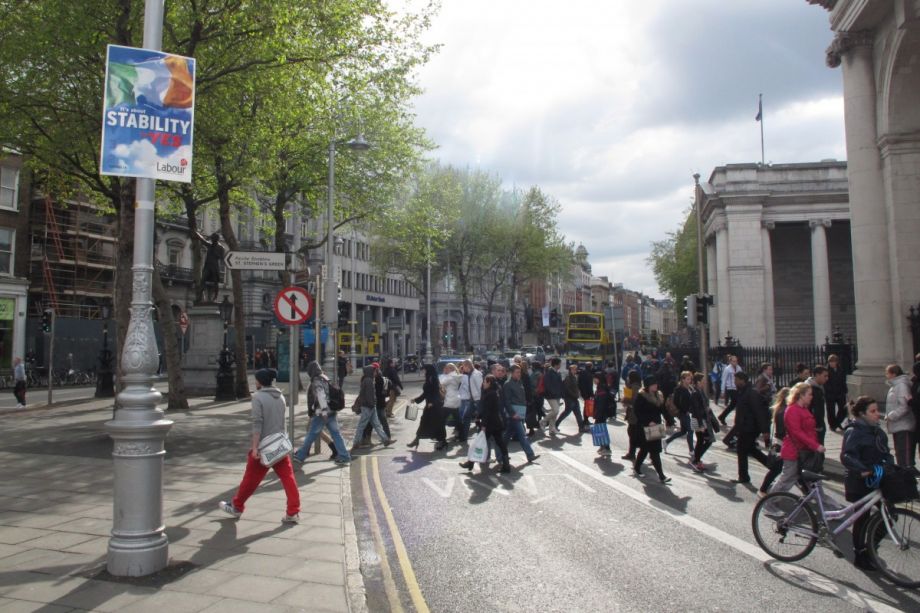 When most cities announce they want to increase the number of people taking transit and biking and walking, they tend to do so with little action or funding to actually accomplish that goal.

Dublin, Ireland, on the other hand, is poised to take a major step to ease congestion and encourage use of alternative transportation: Ban personal cars in sections of the downtown core.

The Dublin City Council and the National Transport Authority’s proposed vehicle restriction is part of a broader, €150 million transit, cycling and pedestrian improvement plan. Outlined in the Dublin City Centre Transport Study, officials write they want to, “ensure that Dublin develops into a more livable city, where the impact of traffic is minimized.”

If car bans do catch on in the U.S., Paul White, executive director of New York City nonprofit Transportation Alternatives thinks they’ll be driven by the private sector more than city councils. “In lower Manhattan … there are developers and real estate people who want to see the area more attractive to millennials and commercial tenants who in this day and age are more concerned about walking and biking. There’s such a demand for livable streets. When you’ve got high density, limited street space, you’ve got to maximize.”