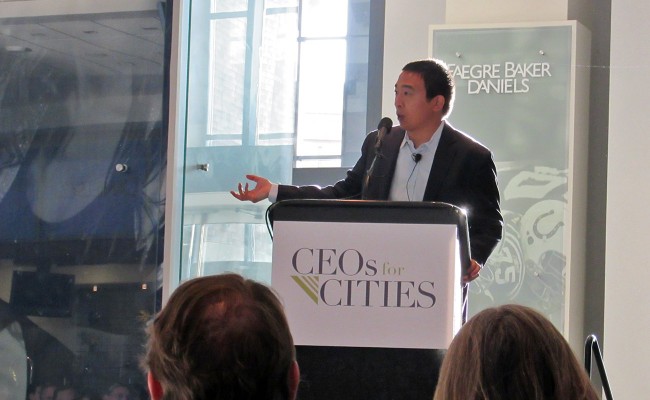 CEOs for Cities is one of the largest and most diverse cross-sector networks of city leaders in the nation, including mayors, business presidents, foundational leaders, urban planners, architects, entrepreneurs and others among its ranks.

And in 2016, the event’s national conference will be landing in Columbus, Ohio from September 28 to 30.

“We usually get between 350 and 400 leaders at our national conference, and we’re expecting to host over 500 leaders from 75 cities to come to Columbus, making this our largest event in our history,” explained Lee Fisher, President and CEO of CEOs for Cities. “Columbus will be the center of the political universe in 2016, and so part of this event will be about setting the urban agenda for the next President of the United States.”

Fisher said that in addition to the lineup of speakers and presenters at the Columbus event, he expects to have a few special political guests that will take part in a big way.

“I think it is likely that both presidential nominees will speak at our conference because the first presidential debate is in Ohio and we’re holding our conference that same week,” he said. “History shows that both Republican and Democratic campaigns spend more time in Ohio in September and October than any other state in the nation. The road to the White House runs through Ohio.”