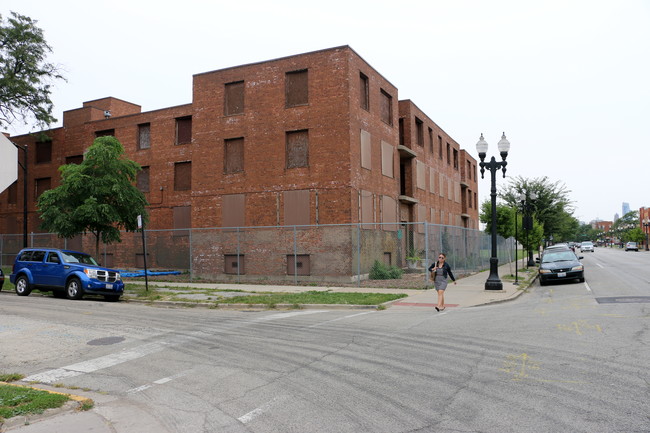 After funding is secured, Landon Bone Baker Architects (LBBA) will adaptively reuse the last standing Jane Addams Home—one of the first public housing projects built in the city, named after a Progressive-era reformer—for the fledgling institution. It’s a unique-meta exercise for LBBA, which has excelled at designing community-oriented dwellings in a city with a tortured housing legacy.

A museum dedicated to a stigmatized building type isn’t an intuitive choice, but LBBA’s Peter Landon says a closer look reveals a dense nexus of cultural, social, and economic history.

From New Deal-era optimism, to decades of segregation and neglect, to endemic privatization and demolition, the development of public housing in many ways mirrors the evolution of 20th century American urbanism itself. “The American history that can be told through public housing needs a museum to gather all of it,” says Landon.

LBBA’s plan for the museum’s first phase will renovate the southern half of the three-story 1938 red brick building.

The entire budget is a modest $6.3 million ($2.9 million is already in hand). The museum is still negotiating construction timelines with the Chicago Housing Authority (CHA), which owns the site, but they hope to begin next year.