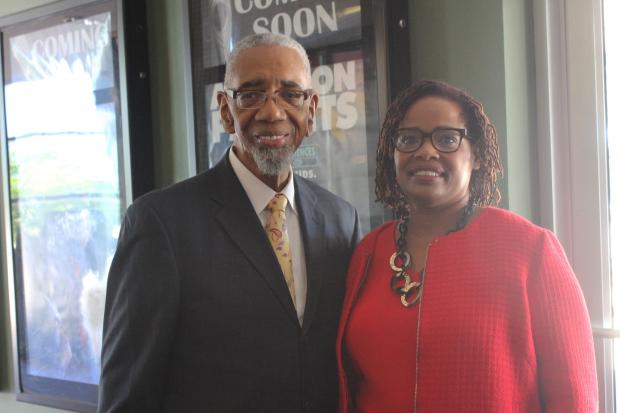 In a big push to revitalize what was once one of Chicago’s most affluent South Side neighborhoods, city leaders introduced a new economic development program for Chatham on June 29, 2016.

The name of the overall project is the Greater Chatham Initiative. U.S. Congressman Bobby Rush appeared at the newly renovated Studio Movie Grill in Chatham to announce the first phase of the project, which entails reinvesting in Chatham and other nearby neighborhoods. “Today marks a new beginning for the South Side of Chicago,” he said.

The Initiative expects to bring jobs and business investments to the neighborhoods.

“We have to do it because it’s in the interest of the city to have thriving neighborhoods through the city of Chicago,” said Mayor Rahm Emanuel.

Exelon Vice President William Von Hoene, Jr. announced a three-year, $300,000 grant to the initiative, while ComEd will give a $90,000 grant toward workforce development.

For the last two years, organizations researched what made those communities thrive in the past. Six key areas to focus on were identified:

ComEd’s Marlow Colvin, co-chair of the leadership committee working on the initiative, said the measures “will connect residents, businesses, and other assets to the regional economy, in turn attracting and retaining working and middle-class African-American families to these communities.”