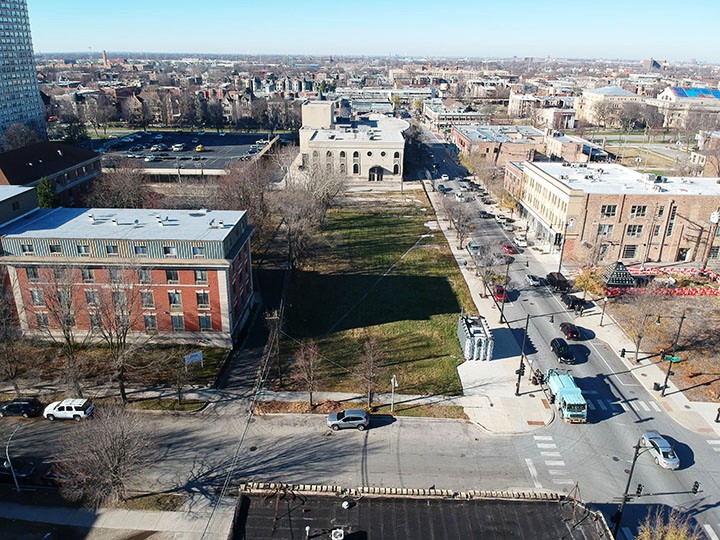 Now, on April 16, 2021, fifteen mixed-use redevelopment proposals for INVEST South/West opportunity sites were published for public review and comment on the Chicago Department of Planning and Development (DPD) website.

Each project is a response to Request for Proposals issued by DPD last year for strategic, commercial corridor sites in Bronzeville, Back of the Yards, North Lawndale and South Chicago.

The RFP sites and goals were determined through a community engagement and visioning process that started in January 2020 through Mayor Lori E. Lightfoot’s neighborhood planning initiative INVEST South/West, which launched in the fall of 2019.

The May meetings for each RFP site will be held online and include developer presentations and videos, followed by question-and-answer periods.

Here are the proposal summaries (in PDF) for each the four RFP sites:

After each meeting, DPD will invite participants and interested parties to complete online surveys about each proposed project. The surveys will be referenced by a multi-departmental City of Chicago selection committee to help evaluate and select the winning project for each site later this spring. Selection criteria will include responsiveness to the goals of each RFP, developer experience and diversity, proposal viability, community wealth opportunities, and other considerations.

The winning selections will proceed through the City’s formal review and approval processes that may involve zoning, design, and development incentives that would be subject to additional community meetings and City Council approval.

A new round of INVEST South/West RFPs for targeted sites in Humboldt Park, Roseland and South Shore will be issued by DPD later this month. A previous round of RFPs for sites in Austin, Englewood and Auburn Gresham produced three winning selections valued at more than $65 million.

INVEST South/West is Mayor Lightfoot’s $750 million strategy to revitalize the commercial cores of 10 undeserved community areas on the South and West Sides.

Photo courtesy of Chicago Department of Planning and Development.