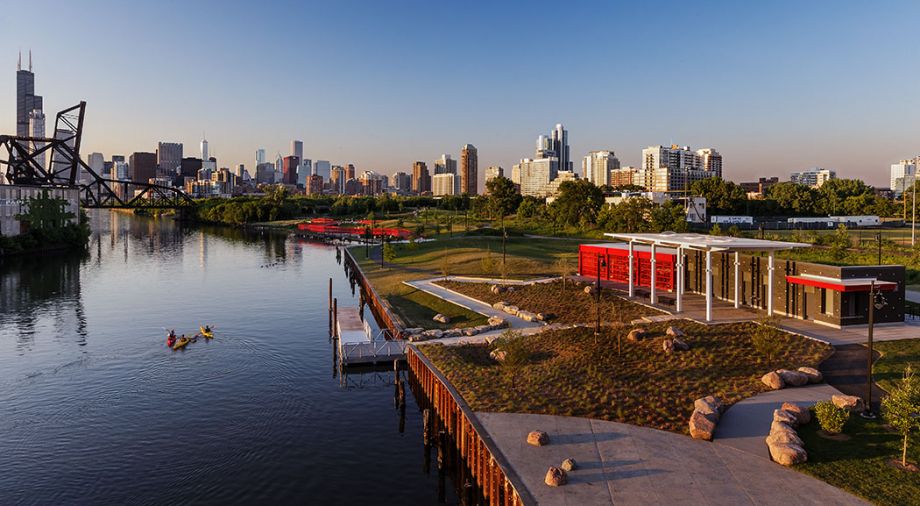 In 1979, urban planner Robert Cassidy wrote in Chicago Magazine “The Chicago River is the city’s most neglected natural resource. It is overshadowed by Lake Michigan, disdained by environmentalists and outdoorsmen alike, neglected, fouled, and abused by industry and by all the rest of us. Nonetheless, it is the second greatest gift that nature has bestowed on this city.”

After detailing how the “‘blue-collar’ waterway” that threads through the city and suburbs is actively harmed by pollution and negligence, Cassidy suggested that an umbrella group might look out for the complex river system.

It prompted a bunch of phone calls to Cassidy: “Where can I sign up?” By October, the new Friends of the Chicago River had its first meeting, with about 100 people in attendance.

Since then, the Friends have worked to improve and protect the river at every level, from public policy to on-the-ground projects.

Their efforts are about to get a boost from Great Rivers Chicago, the first comprehensive effort to develop a vision for the city’s river system.

Great Rivers Chicago builds on Chicago Mayor Rahm Emanuel‘s earlier announcement that pre-existing plans to improve lakefront and riverside parks will be put into a framework called “Building on Burnham,” a reference to Daniel Burnham’s 1909 “Plan of Chicago.”

“Chicago used to be known just for a beautiful lake, but we actually have two waterfronts,” Emanuel said in his speech announcing the plan. “And we need to make both waterfronts work for our quality of life, for our cultural, as well as our recreational and economic growth.”

That includes the ongoing construction of the Riverwalk, the opening of a new boathouse in Bridgeport, a rails-to-trails project, and separately marked pathways for cyclists and joggers