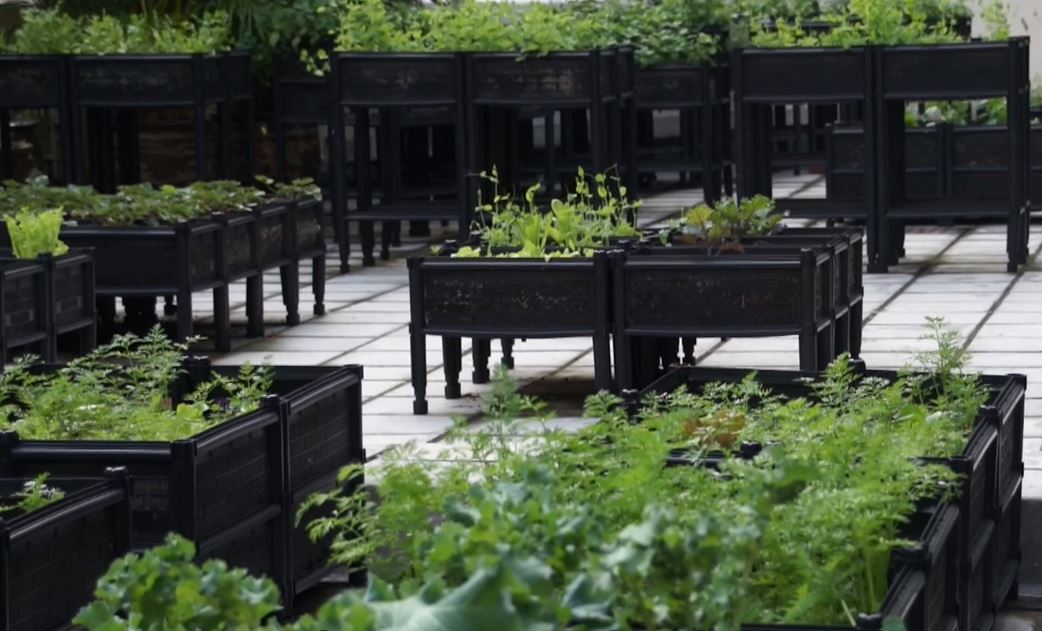 The idea of growing fruit trees on the top of buildings, or producing fruit and vegetables inside multistory buildings using artificial light, might have been viewed as a fanciful idea once — but not anymore. From Beijing to Sydney and Tokyo to Singapore, urban farming is becoming an integral part of the urban landscape, not only in Asia but throughout the world.

Recognizing the importance of urban agriculture to sustainable urban development, Beijing’s municipal government has supported the development of “agro-parks”, which not only produce food but also attract tourism and are used as educational tools, according to Chinadialogue, a website devoted to climate change and the environment.

“Beijing has created five zones that govern the type of agro-parks in the city,” the site said. The “inner urban core” focuses on gardening, landscaping, and exhibition. The “inner suburban plain” specializes in recreational agriculture, which attracts tourism, and precision agriculture, which utilizes smart technologies such as moisture monitoring for automatic irrigation. The “outer suburban plain” emphasizes large-scale, modern agricultural production and processing. The “mountainous” zone is devoted to special fruit and ecologic protection. And finally, the “regional cooperation” zone helps to bolster food security by facilitating relationships with nearby cooperatives and assists to ensure the quality of imports, according to the website.

In South Korea, interest in city farming has increased in Seoul after the incumbent mayor, Park Won-soon, came to power in 2011. Park declared 2012 as the start of an urban farming era and unveiled a plan to secure enough farming space in the congested capital. According to the local government, the number of city farmers in Seoul surged from 287,000 in 2011 to 440,000 in 2012. The total area of land for urban farms in the city grew from 29.1 hectares in 2011 to 84.2 hectares in 2012.

In Singapore, urban farming has become an issue of national security while in Bangkok, Thailand, it is a cheap, convenient way to help feed the poor.

In Milan, Italy, on Oct 20, 2015, mayors from more than 100 cities from around the world, among them many from Asia, met to sign a new urban food policy pact to better coordinate their food systems and urban agriculture.

Tim Lang, professor of food policy at City University London and one of the world’s leading experts on the subject, said the Milan Urban Food Policy Pact “signals the return of city regions as powerful voices in modern food policy”.