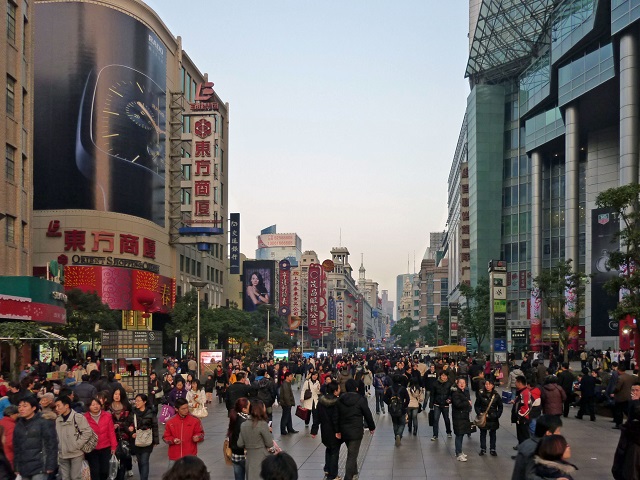 Pedestrian-oriented streets not only are safer, improve air quality, and encourage physical activity, but also facilitate commercial and social activity. Although China has rapidly urbanized in the past few decades, many cities across the country are still not easily walkable.

According to the China Council for International Cooperation on Environment (CCICED), 82 percent of Chinese residents indicated that they are not satisfied with the walkability of their city. With increasingly large cities, China’s urban population has experienced a decrease in quality of health, caused in part by heavy air pollution and sinking levels of physical activity.

Given the growing concerns about public health as well as the benefits of pedestrianization, creating vibrant, walkable streets is becoming an urgent priority in Chinese cities. On the national stage, China has designed and put forward its national urbanization plan which encourages pedestrianization. On the local level, cities are exploring a variety of strategies for pedestrianizing their streets and open spaces to benefit urban development.

In China, pedestrian-only streets are the most common type of pedestrianization projects — with more than 100 cities containing at least one. Pedestrian streets bring considerable economic benefits to cities. Beijing’s Wangfujing, for example, was visited by 250,000 people per day at its peak, while Shanghai’s Nanjing Road crests at 2 million – the highest in China. Taking advantage of the foot traffic, commercial development typically lines the majority of these streets. Recently, historical redevelopment in traditionally narrow alleys and old buildings has gained popularity.

Beyond pedestrian streets, Chinese cities are also exploring larger pedestrianization zones which offer heightened walkability to connect open spaces with other modes of transport. Particularly notable among them is The Bund in Shanghai. Attracting millions of visitors to the area, The Bund is the signature waterfront area in central Shanghai. However, the old Bund was not well designed for pedestrians, sporting an 11-lane highway (partly elevated) that cuts through the area.

Shanghai’s Government implemented a massive retrofitting project between 2008 and 2010. By removing seven lanes from the street, the project reduced 70 percent of vehicle traffic in the area. The project also tore down the elevated section of the highway and replaced it with crosswalks, increasing overall pedestrian connectivity. Lastly, the endeavor expanded the area of the sightseeing deck by 40 percent and redesigned the open spaces along the river. More recently, the city expanded the walkable area into a 7-km non-motorized transport zone along the river to boost space for walkers.