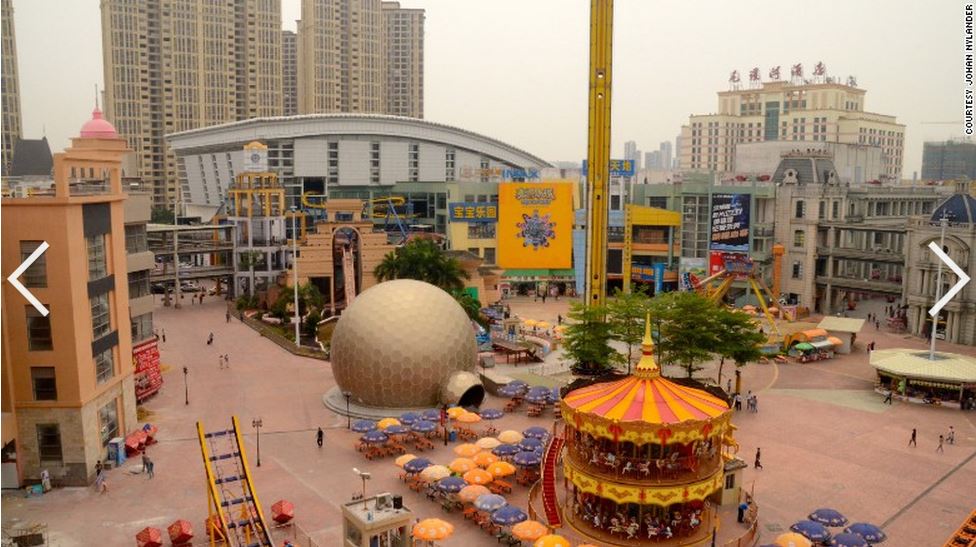 For a decade, the New South China Mall — the biggest shopping mall in the world — has been an embarrassment for its owners and China.

Opened to the public in 2005 in Dongguan in the south of the country, the goal was to attract 100,000 visitors a day with an array of entertainment, shops and eateries.

Outside the mall, a giant Egyptian sphinx and a replica of the Arc de Triomphe were erected alongside fountains and canals complete with Venetian gondolas. It even boasted an indoor roller coaster.

But despite the grand plans neither stores nor shoppers came. Soon, it was classified by industry analysts as a “dead mall” and it became an unflattering symbol of China’s runaway speculation on real estate projects.

However, a visit in late March revealed a different picture. The mall was buzzing with activity. Large parts of the previously abandoned buildings are now full of shops, restaurants and entertainment venues.

The mall’s latest re-launch is not its first. In 2007, the mall changed name from “South China Mall” to “New South China Mall, Living City” and a revitalization plan was drawn up by current owners the Founders Group, a conglomerate set up by Peking University, and its subsidiary PKU Founder.

But the revamp failed and the mall remained empty. Third time lucky?