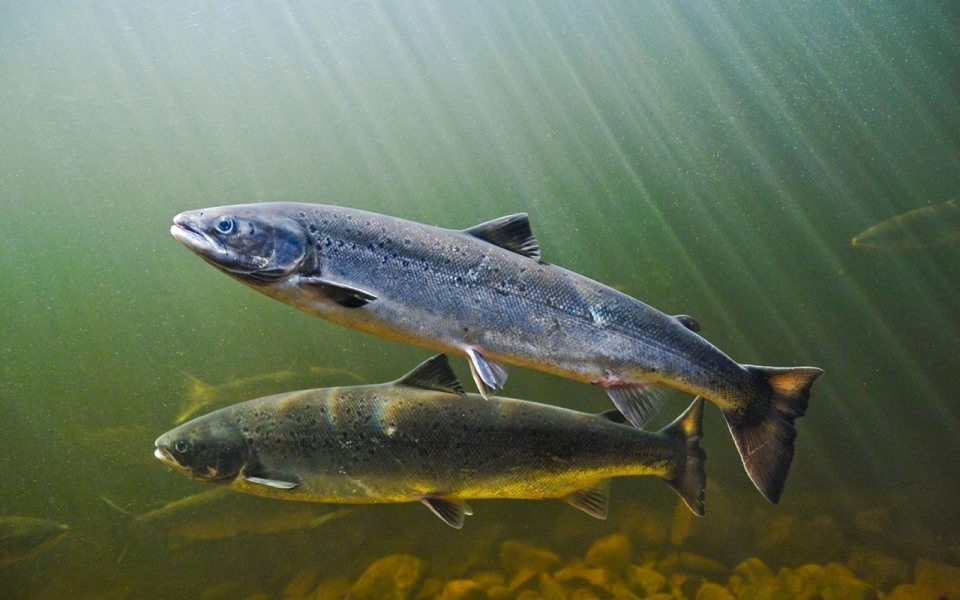 By the fall of 2015, the salmon of the Connecticut River were supposed to be doomed.

The silvery fish that once swam the Northeast’s longest river, 407 miles from the mountains of New Hampshire to Long Island Sound, went extinct because of dams and industrial pollution in the 1700s that turned the river deadly. In the late 1800s a nascent salmon stocking program failed.

Then in 2012, despite nearly a half-century of work and an investment of $25 million, the federal government and three New England states pulled the plug on another attempt to resurrect the prized fish.

But five Atlantic salmon didn’t get the memo. In November of 2015, fisheries biologists found something in the waters of the Farmington River — which pours into the Connecticut River — that historians say had not appeared since the Revolutionary War: three salmon nests full of eggs.

The quest to resurrect Atlantic salmon in the Connecticut River began anew in the mid-1960s when the federal government and New Hampshire, Vermont, Massachusetts, and Connecticut joined forces.

They worked to curb pollution in their shared river and also build passageways around some of the 2,500 dams that plugged the river and its feeder streams in the 11,250-square-mile Connecticut River watershed.

But thanks to those five salmon in 2015, in the spring of 2016—for the first time in two centuries—the first wild salmon will hatch into that river.