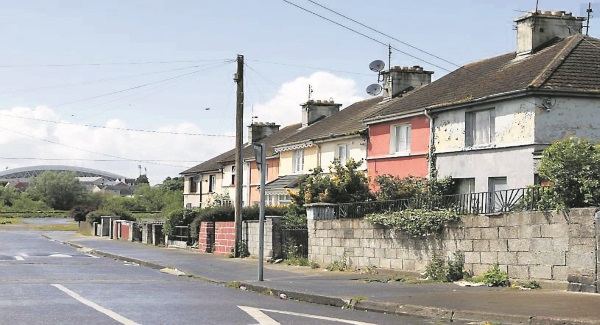 The rows of concrete wreckage which form streets through St Mary’s Park are a stark definition of how the much-vaunted Limerick Regeneration Plan has failed this community.

The plan, launched in October 2008, was heralded as the most spectacular venture ever in urban renewal in this country.

Four black-spot estates in the city, Southill, Ballinacurra Weston, Moyross, and St Mary’s Park, were selected for massive redevelopment, with a budget of €3 billion.

The plan provided for the replacement of 2,450 houses and the construction of 4,790 new ones. Not one new house has been constructed.

Leafing through the 203-page document, former mayor of Limerick John Gilligan says: “It reads like a fairytale from Hans Christian Andersen.”

Sadly, it has turned out to be a horror for many, whose hopes were raised that this was to be the new beginning of all beginnings.

Today, many people rightly get angry when there is mention of the word “regeneration“.

St Mary’s Park is more derelict than it was prior to October 2008, and now stands as a crumbling collection of run-down, knocked-down, boarded-up dwellings. The cratered roads add to the misery.

Note from Storm: Timing was a major factor. as the regeneration plan was introduced just prior to economic crisis of 2008, which as triggered by the massive Wall Street mortgage banking scams.