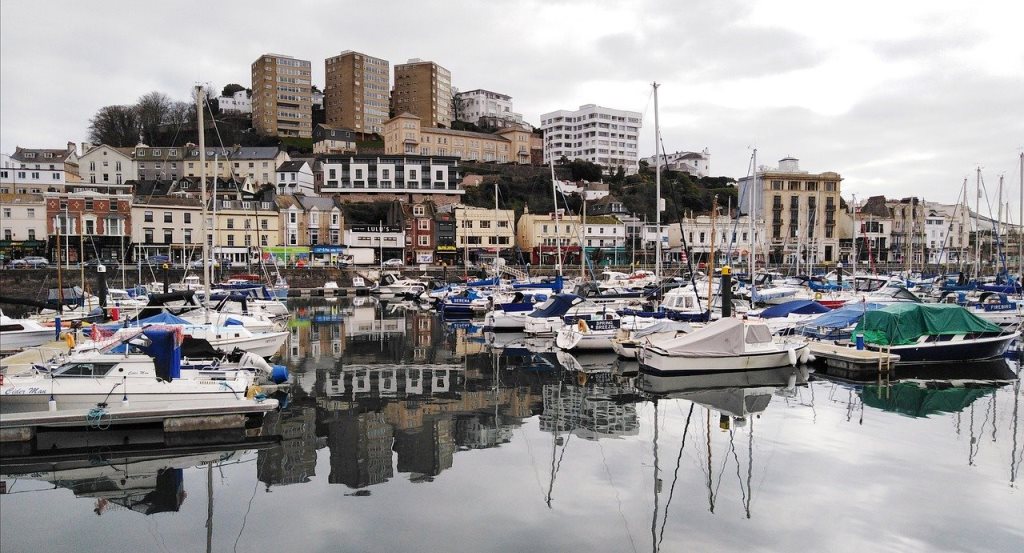 In Devon, England, Torbay is a borough administered by the Torbay Council. It consists of 62.87 square kilometres (24.27 sq mi) of land, spanning the towns of Torquay, Paignton and Brixham, located around an east-facing natural harbor (Tor Bay) on the English Channel.

Torquay is best known to Americans as the location of the Fawlty Towers TV show with John Cleese. A popular tourist destination with a tight conurbation of resort towns, Torbay’s sandy beaches, mild climate and recreational and leisure attractions have given rise to the nickname of the English Riviera. But, like many seaside resorts in the UK, the local economy has seen better days.

So, on May 1, 2020, the Torbay Council purchased a prime retail site in Torquay as part of their plans to regenerate Torbay’s town centers, and help boost the local economy.

The building—which has been used as a Debenhams retail store at the Strand in Torquay—has been purchased for an undisclosed sum after the company went into bankruptcy.

The council is currently seeking Town Deal and Future High Street funding from the government to help redevelop the site.

The building is an important site with adjacent shops, including Boots, Pizza Express and RBS Bank. The store itself is strategically important as it is anchored at one end by Fleet Walk Shopping Centre, already owned by Torbay Council, and Union Square at the other.

Steve Darling, Leader of Torbay Council, said “The purchase of this retail store is of significant strategic importance to the town centre. Our decision to make this purchase at this time ensures that the site will be used in a positive manner. It will meet the objectives of the Town Centre Strategy in supporting regeneration and improving the economy. We want to ensure that the store will not fall into disrepair and will remain an attractive asset to outside investors.”

“We hope that Debenhams will continue to trade from this location, however if they do choose to close we will be in a position to ensure that the building does not become an eyesore as we have seen in recent years in other parts of the Bay,” he added.

The council will borrow money at low interest rates to fund the purchase to ensure it continues to improve the economy, create jobs and undertake regeneration.

Darren Cowell, Deputy Leader of the Council, said “This purchase demonstrates an unprecedented move during uncertain times and underlines the Council’s commitment to Torbay. We will continue to work with partners to develop ambitious plans to transform Torbay and its economic growth prospects.”

The TDA assisted the council in this purchase. TDA is responsible for economic development in the Bay delivering projects, supporting businesses and attracting investment.

Photo of the Torquay waterfront by lbradxx from Pixabay.