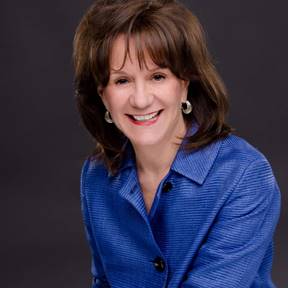 This Guest Article for REVITALIZATION was written by Mary Scott Nabers.

The revitalization trend is strong – so strong, in fact, that it’s hard to find a state without a number of cities either in the planning or launching stages of rebuilding their urban cores. These types of initiatives have common components, and they all have a need for private sector contractors, investors and/or partners.

Downtown revitalization projects include some mix of entertainment venues, retail establishments, multimodal transportation, affordable housing and outdoor areas that are conducive to walking and shopping.

City leaders often start the process by seeking out non-revenue producing property that can become a part of a revitalization effort.

According to the International Downtown Association, a majority of vibrant downtowns contain about 3 percent of citywide land and produce 14 percent of retail, food and beverage businesses and 35 percent of all hotel rooms. Those percentages can generate as much as $53 million in sales tax per square mile. Since that amount is nearly 10 times the citywide average, it’s understandable why there are so many revitalization projects being planned.

Increased investment in downtown projects is not limited to cities. In New York, the Regional Economic Development Council is making more than $525 million in state resources available for community revitalization and business growth. One of the council’s top priorities for 2019 includes downtown revitalization.

One lesson to be drawn from the recent failed partnership between Amazon and New York City is that cities must be proactive in communicating with citizens and taxpayers about partnerships that involve tax incentives. Every list of ‘best practices’ includes a community outreach plan to educate citizens about the anticipated benefits of such projects.

Cities as diverse as Midland, Texas, Louisville, Kentucky, and Chicago, Illinois have found that every dollar Invested in urban development can be expected to return six dollars to the city’s tax base.

Here are just a few of the many upcoming opportunities related to urban revitalization throughout the country:

Revitalization is a big trend and a very positive one. Not only do such projects benefit city coffers, but the initiatives also result in thousands of new opportunities for companies of all types. 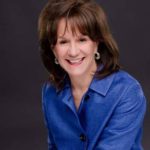 Mary Scott Nabers is president and CEO of Strategic Partnerships Inc., a business development company specializing in government contracting and procurement consulting throughout the U.S.

DISCLAIMER: This article expresses my own ideas and opinions. Any information I have shared are from sources that I believe to be reliable and accurate. I did not receive any financial compensation for writing this post, nor do I own any shares in any company I’ve mentioned. I encourage any reader to do their own diligent research first before making any investment decisions.