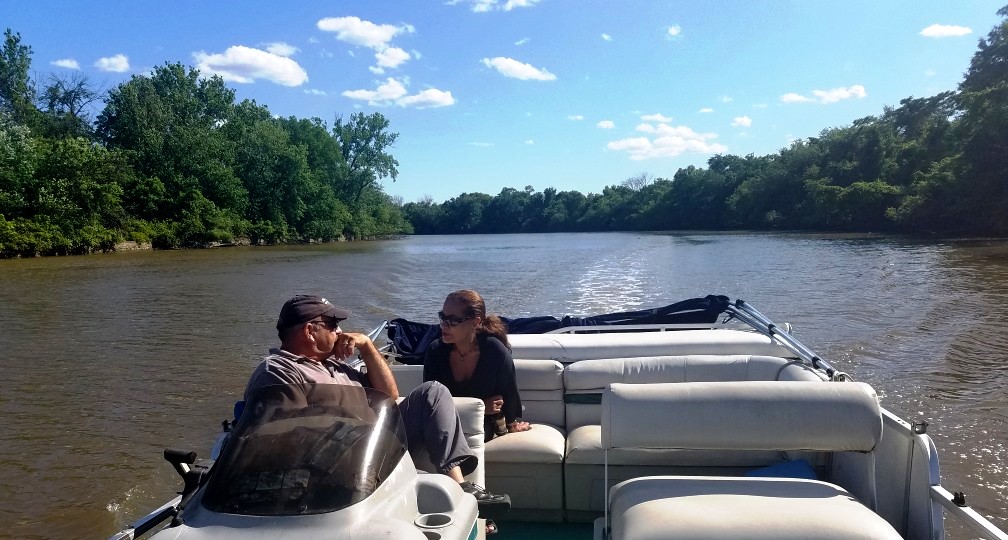 The Anacostia River flows from Prince George’s County in Maryland into the District of Columbia, where it joins with the Washington Channel to empty into the Potomac River, which—in turn—joins the Chesapeake Bay. At only 8.7 miles (14.0 km) in length, it’s one of the shortest rivers in the U.S. The name “Anacostia” derives from the area’s early history as Nacotchtank, a settlement of Necostan or Anacostan Native Americans on its banks. 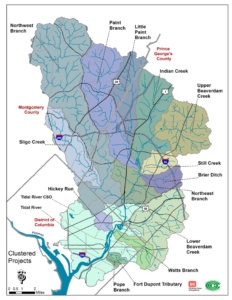 A U.S. Army Corps of Engineers map of the Anacostia River Watershed, with tributaries and drainage basins.

Traditionally bordered by both industry and African-American neighborhoods, the Anacostia has long been Washington, DC’s “forgotten” river. While the Potomac River–traditionally bordered by parks and white neighborhoods—has long been America’s healthiest urban river, heavy pollution in the Anacostia has been ignored for decades.

In recent years, however, private organizations, local businesses, and the DC, Maryland and federal governments have made joint efforts to reduce its pollution levels in order to protect the ecologically valuable Anacostia watershed. You’ve read about some of these efforts here in REVITALIZATION, along with related community revitalization efforts such as the visionary 14th Street Bridge Park.

One challenged that hasn’t been addressed in the toxicity of the river’s sediments, which is the major reason that a very high percentage of fish in the Anacostia have cancerous tumors. But on May 28, 2019, Tetra Tech, Inc. was awarded a $25 million contract for the first stage of removing those sediments by the District of Columbia (DC) Department of Energy and Environment (DOEE).

The contract covers both technical support services for assessment and remediation of contaminated sediments in the tidal portion of the Anacostia. Tetra Tech will support assessment and restoration activities at sites throughout the District as part of large-scale efforts initiated by the DC government to revitalize the river and the surrounding communities to promote a more sustainable urban environment.

Under this five-year contract, Tetra Tech will further define areas of sediment contamination in the Anacostia River and begin design of the remedy using predictive modeling, field sampling, and data analytics. Tetra Tech scientists also will conduct investigation, risk assessment, and remedial activities at sites throughout Washington, DC, to support the DOEE with its mission of protecting human health and the environment.

“Tetra Tech has provided outstanding technical support to the DOEE for the past six years,” said Dan Batrack, Tetra Tech Chairman and CEO. “We are pleased to continue delivering innovative solutions to return the Anacostia River to swimmable and fishable condition which will benefit DC residents, visitors, and neighboring communities.”

Tetra Tech is a provider of consulting and engineering services for projects worldwide, with over 18,000 employees. Those projects include water, environment, infrastructure, resource management, energy, and international development.