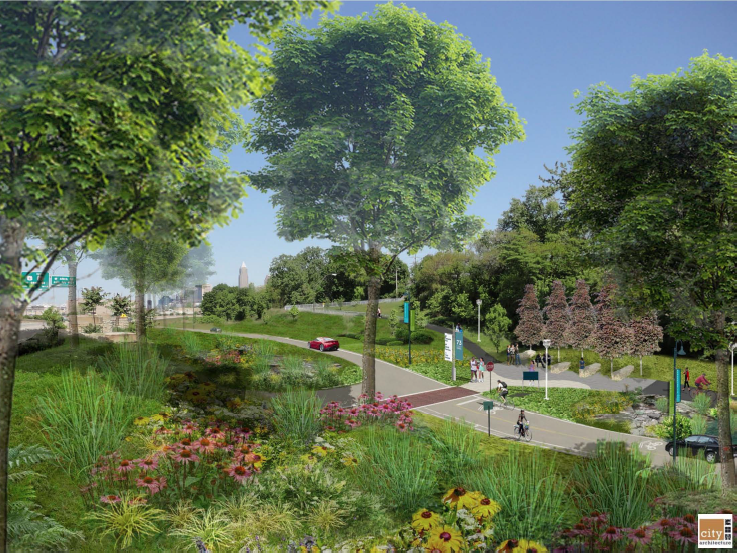 At Ariel International Center, planners engaged by the city and a trio of East Side community development corporations will unveil new plans for a seven-mile recreational loop along the North and South Marginal Roads near downtown, next to the Shoreway and just inboard of Burke Lakefront Airport.

At the same time, Ward 15 Councilman Matt Zone and Cudell Improvement, Inc., hosted a public meeting at which the Ohio Department of Transportation shared details on upcoming improvements and reconstruction along the West Shoreway.

Taken together, the two meetings represent the latest updates on efforts to address the reality that Cleveland has walled itself off from the lake for decades with highways, railroads and other uses including industrial docks and the airport.

Note from Storm: In my upcoming third book, Resilient Prosperity (excerpted in each issue of REVITALIZATION), documents how the three activities that contribute most to community and regional revitalization worldwide are 1) renewing, 2) repurposing, and 3) reconnecting our natural, built, and socioeconomic assets. This is because virtually all places around the globe suffer from depletion, pollution, decrepitude, and fragmentation. These new visions of Cleveland’s future waterfront show all three of these activities at work in their planning.