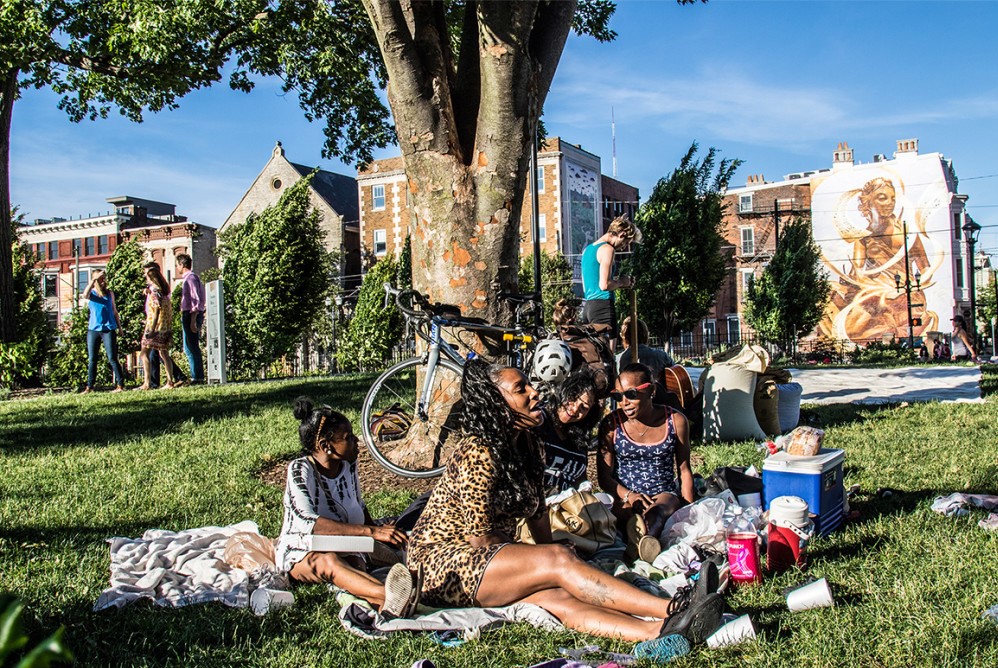 Over-the-Rhine, a historic, near-downtown neighborhood of Cincinnati, Ohio is an architectural treasure. It comprises 362 acres of densely-packed 19th century brick Italianate and German Revival buildings that locals claim as the largest historic district in the United States (a title contested by Savannah, Georgia). That it has survived, relatively unscathed, into the 21st century is something of a miracle.

City revitalization efforts skipped Over-the-Rhine in favor of the riverfront—where taxpayers spent over a billion dollars to build new stadiums for the Reds and Bengals—and the Central Business District, where corporate leaders were funding improvement projects.

Just five years ago, David Knox and two colleagues took a risk. They relocated their nascent organization to Over-the-Rhine, a Cincinnati neighborhood that had been the site of days of civil unrest in 2001 and had recently been named the most dangerous in the United States.

The first night a bullet came through the office window of their newly renovated three-story brick Italianate building.

After the 2001 riots, the city brought in New York real estate consultant John Alschuler, who later spearheaded planning for Washington, D.C.’s Anacostia riverfront. “At the time, everyone was rallying behind a riverfront project called The Banks, and my thinking was that, in terms of revitalizing downtown, this was doomed to failure,” Alschuler recalls.

Fountain Square, five blocks south of O.T.R., had always been the symbolic center of the city—the site where crowds burned Kaiser Wilhelm in effigy in 1918 and later celebrated each of five World Series victories—but had deteriorated into a dangerous and depressing space bypassed by badly executed, 1970s-era skywalks.

Fix it, Alschuler said, or downtown will never thrive. Nor, he advised, could it do so as long as it abutted an area of enormous economic distress. “Over-the-Rhine has to be restored as a mixed-income neighborhood where poor-, moderate-, and upper-income people all have a future,” he recalls saying. “The whole city has a stake in Over-the-Rhine.”

Alschuler’s other key advice: don’t issue another study; nothing has come of all the ones you’ve released. Instead, create a private entity with the capacity to deliver change at Fountain Square and Over-the-Rhine, devote capital to it, and hire the foremost talent in the country to staff it. “That will give you credibility,” he recalls advising.

Nobody had to twist former Mayor Charlie Luken’s arm. In 2002, shortly after the creation of a new master plan for Over-the-Rhine, he announced he was eliminating the planning department. “It was my view that the city was not good at economic development generally, and that we needed a nonprofit corporation to move forward,” he recalls. And thus, 3CDC was born.