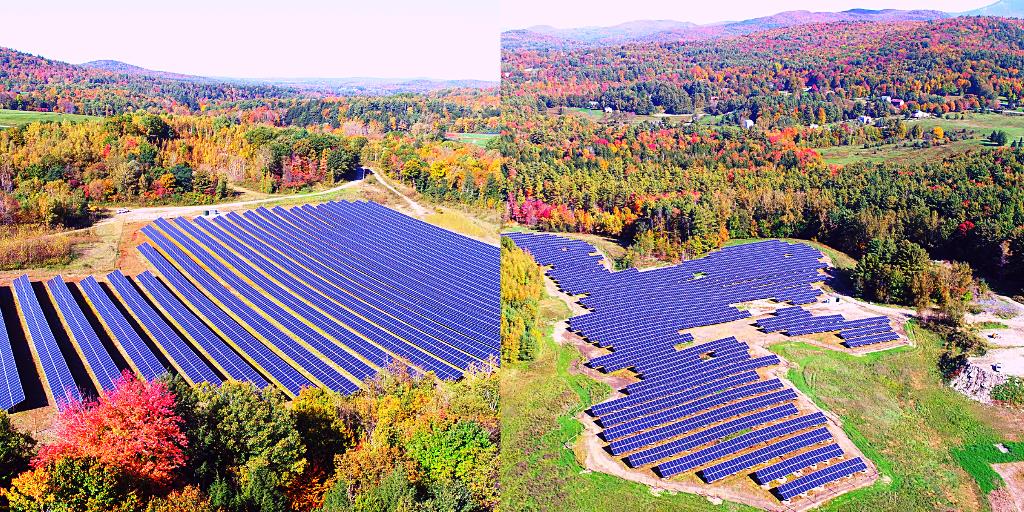 The National Renewable Energy Laboratory estimates that landfills and other contaminated sites—often characterized as brownfields—cover 15 million acres across America, and an estimated 80,000 of those acres have already been prescreened for renewable energy development.

According to the U.S. Environmental Protection Agency, there are an estimated 450,000 brownfields in the United States. The good news is that they are increasingly being returned to economic productivity as brightfields: clean energy facilities. Here’s the latest example.

The two new solar arrays include a 2.3MW project on the town’s former gravel pit and a 2.2MW project on the former municipal landfill. These new arrays support VEC’s goals of achieving a 100% renewable power supply by 2030 and represent the fourth and fifth utility-scale solar projects commissioned by VEC, four of which have been developed in collaboration with Encore Renewable Energy.

“Our team leveraged our collective expertise, experience and determination to tackle the very real challenges of developing solar arrays on these types of properties, ultimately delivering two projects that offer benefits to the local community while also providing the Vermont Electric Cooperative with a cost-efficient source of renewable energy for its members,” he added.

The two projects are expected to cumulatively produce approximately 5,200,000 kilowatt hours per year, enough to power approximately 780 average homes in VEC territory annually. The project will also provide revenue for the Town of Jericho in the form of property taxes and annual lease payments for use of these otherwise undevelopable parcels.

“As Vermonters shift toward electricity for things like transportation and heating their homes and businesses, having clean sources like these projects in place is key to achieving our climate goals,” she said. “By working with partners like Encore, coordinating with towns, and focusing on strategic siting and cost-effective projects, local solar development will be an important part of achieving VEC’s clean energy goals,” she concluded.

The Jericho Landfill that served the community for decades was closed and capped in 1992. The Jericho gravel pit provided a source of gravel for town roads for decades as well.

The use of these two preferred sites for solar energy generation, as defined by the State of Vermont, allow for additional land within the town to continue to be conserved or to be utilized for other higher and better uses including housing and agriculture.