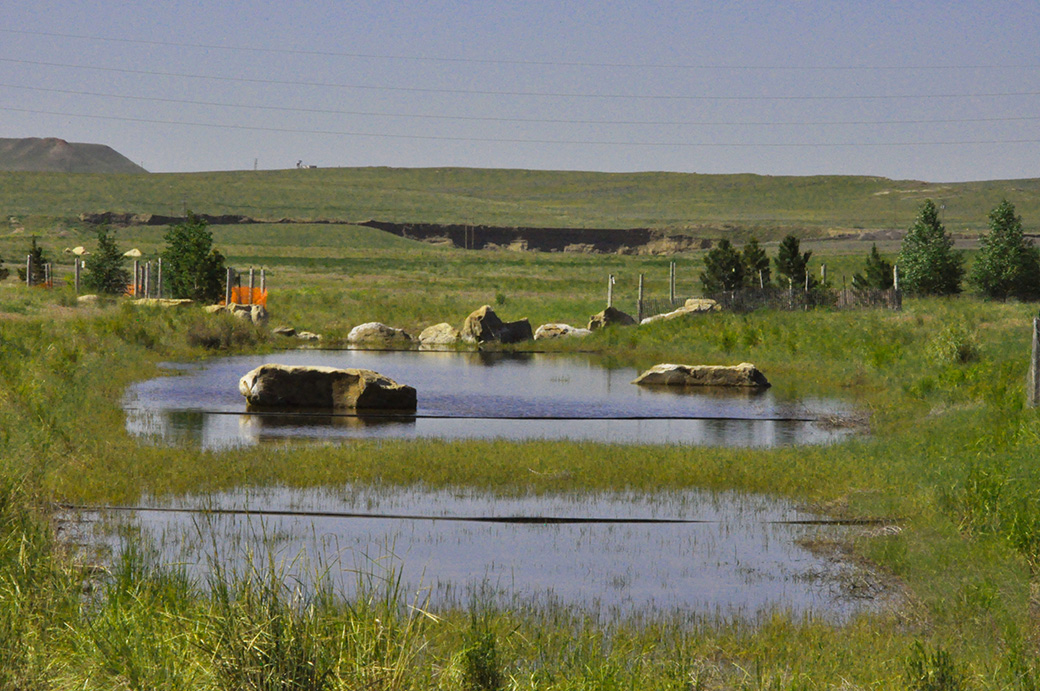 On October 13, 2015, Cloud Peak Energy Inc., one of the largest U.S. coal producers and the only pure-play Powder River Basin (“PRB”) coal company, announced its Cordero Rojo Mine, located near Gillette, Wyoming, received the Office of Surface Mining Reclamation and Enforcement (“OSMRE”) 2015 Excellence in Surface Coal Mining Reclamation Award for the successful restoration of the Belle Fourche River. The award will be presented at the National Mining Association’s awards ceremony in Washington, D.C., on November 9, 2015.

Through design and reconstruction, the Cordero Rojo Mine relocated a portion of the Belle Fourche River and reclaimed the stream channel to provide approximately the same conditions as premining. The reclaimed stream channel is stable from erosion with abundant grass cover, and the aquatic life has been restored including fish and macro invertebrates. This is a clear indication of the successful restoration of a stream to its original channel and its overall ecological health.

“The work done at the Cordero Rojo Mine is exceptional, and this award highlights the strong commitment of everyone at Cordero Rojo and Cloud Peak Energy to returning land to a condition as good if not better than before mining began,” said Colin Marshall, President and CEO of Cloud Peak Energy. “Cloud Peak Energy has a strong record of using innovative approaches to successfully reclaim the land after mining is complete. That the federal government has recognized our mines with its highest honor in four of the last six years is a tremendous accomplishment.”

In addition to the 2015 award, Cloud Peak Energy’s mines received the Excellence in Surface Coal Mining Reclamation Award in 2009 (Spring Creek Mine), 2010 (Antelope Mine), and 2014 (Antelope Mine). The mines received the awards for various projects reclaiming previously mined areas and successfully reintroducing native plants. The Company also received the OSMRE Good Neighbor Award in 2012 for efforts supporting communities around their three mine operations.

“The Belle Fourche River project represents a great example of surface mining reclamation,” added Kyle Colby, General Manager of the Cordero Rojo Mine. “Moving and returning the Belle Fourche River required significant planning in coordination with regulatory agencies and proper execution. To receive this award for our work means a lot.”

Cordero Rojo mined and shipped approximately 34.8 million tons of low sulfur coal in 2014, making it the third largest coal mine by production in the United States last year. Since its inception, the mine has shipped more than one billion tons. Coal mined from Cordero Rojo is primarily shipped to electric utilities in the western, Midwestern and southeastern United States. Also in 2014, Cordero Rojo Mine received approval for final, phase-three bond release on more than 900 acres of permanently reclaimed land from the Wyoming Department of Environmental Quality.