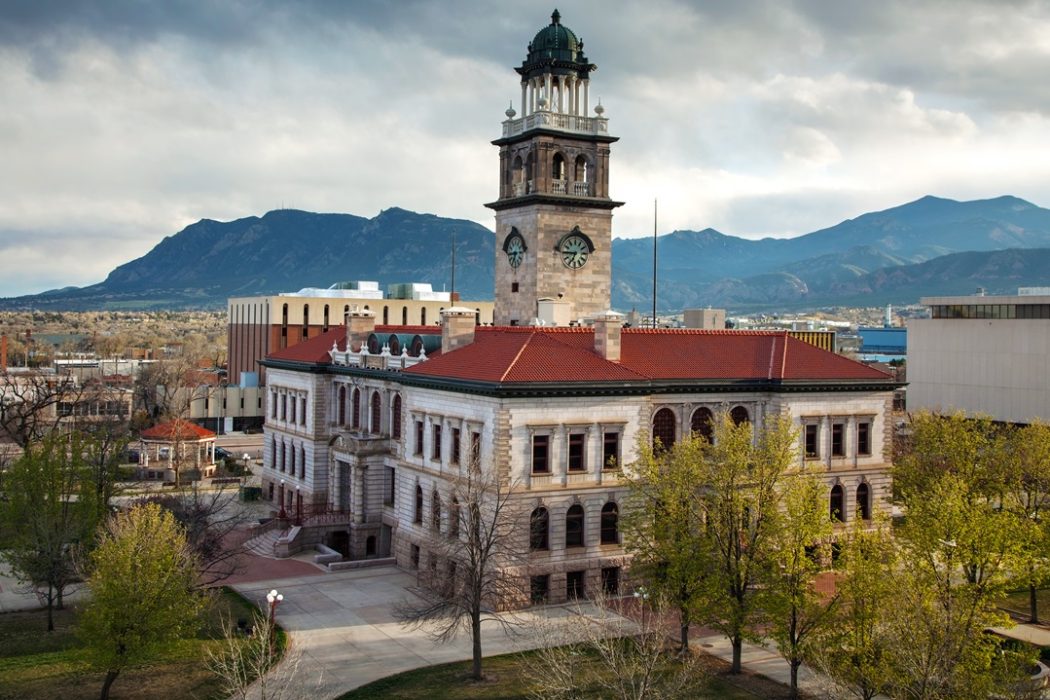 Colorado Springs is the most populous municipality of El Paso County, Colorado, with about 465,100 residents (making it the 40th most populous city in the United States). It’s located in the east central portion of the state, about 60 miles south of Denver. 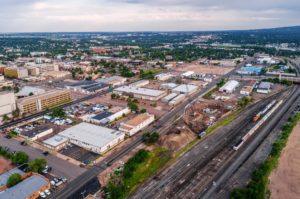 The money is coming from both private and public sources, including state and local tax revenue.

One of the top priorities for the Downtown Partnership is adding and expanding living spaces, which residents say downtown desperately needs. Laurel Prud’homme, Vice President of communications for DPCS says, “Residential has been on our list of things to do for many years and now we are really starting to see some traction.” 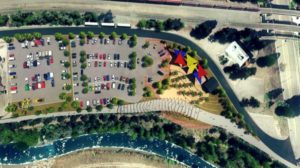 Legacy Plaza, a new amenity on the Legacy Loop. Image via City of Colorado Springs.

Other big changes include, new hotels and restaurants, the expansion of Fire Station One, an Olympic History Museum, and much more. Maybe the most visionary of those projects—and possibly the most valuable in the long run—is Legacy Loop, a trail surrounding the entire downtown area.

Legacy Loop is a 10-mile pedestrian/biking trail, park, and recreation loop around downtown Colorado Springs. It’s defined by the Pikes Peak Greenway on the west and south, the Shooks Run Trail on the east, and the Rock Island Corridor to the north.

We say it’s possibly the most important component because connectivity is the part of the 3Re Strategy (repurposing, renewing, reconnecting) that communities most often forget to include in their revitalization plans. It’s also the aspect that generally has the highest ROI (return on investment).

A local example of the other two components of the 3Re Strategy (repurposing and renewing) can be seen in the photo at the top of the page. That granite building with the domed clock tower was the El Paso County Courthouse from 1903 to 1973. It has now has been repurposed and renewed as the gorgeous Pioneer Museum. 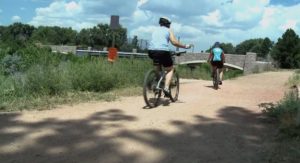 Legacy Loop connects, creates, and protects quality of life, and was inspired by the legacy and vision of Colorado Springs’ founder, General William Jackson Palmer.

Palmer’s dream was of a vibrant, livable city where the essential functions of mobility and access are linked to parks, open space and trails.

“The goals that were identified included things like better connectivity, better vertical development, so not just spreading out but building up, making things easier for people to get around,” says Prud’homme. 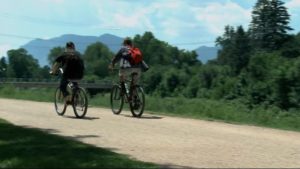 The last time Colorado Springs saw a revitalization effort on such a grand scale was in the 1960s. Downtown Colorado Springs is now capturing notice nationwide as an urban area on the move, attracting new residents and commerce. It’s guided by business and civic leadership aligned in a shared vision of a world-class city center.

Lured by a walkable environment, robust workforce concentration, one-of-a-kind shops, trail connectivity, state designation as a creative district, and the largest concentration of locally owned restaurants in the region, developers and investors are rediscovering the value of Colorado Springs’ city center.

Here are some downtown highlights from 2016:

Major projects that broke ground in 2016: 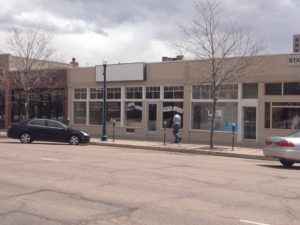 Downtown Partnership of Colorado Springs is the leading catalytic champion for revitalizing Downtown Colorado Springs, accomplished through a wide variety of programs and services.

Their mission it to ensure that Downtown serves as the economic, civic and cultural heart of Colorado Springs.

Downtown Partnership stewards the vision for Downtown, providing a powerful collective voice of their membership to ensure their city center prospers. 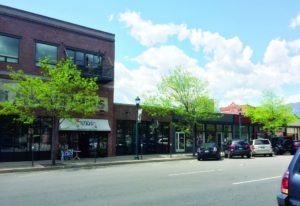 Their charitable nonprofit arm, Downtown Ventures, works in alignment with the Partnership to power programs that engage thousands in joyful, inspiring, educational and creative experiences.

Through contracts for service, the Partnership also implements the work of the Greater Downtown Colorado Springs Business Improvement District, and the Downtown Development Authority.

Downtown Partnership is a 501c4 nonprofit organization, with a membership base of businesses, nonprofits and individuals representing the diversity of industries downtown and citywide. Over a third of the resources powering the work of Downtown Partnership and Downtown Ventures derives from members, sponsors and donors.

Photo of Colorado Springs by Postoak via Wikipedia.

Their State of Downtown Report (see below), now in its second year, provides the data, trends and analysis to inform key stakeholders in making sound business decisions.

They also use this report to hold themselves accountable, tracking growth patterns and discerning opportunities for improvement and investment. I (Storm) would love to see more cities create “State of Downtown” reports, so they can better-track the results of their revitalization efforts.