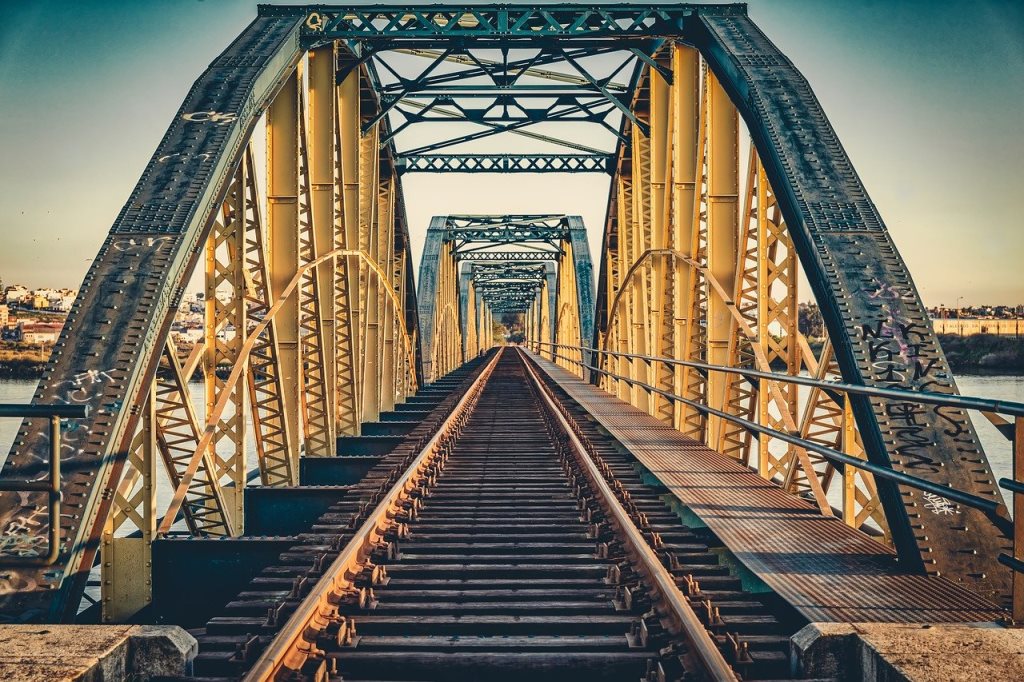 On May 27, 2020, the U.S. Department of Transportation’s Federal Railroad Administration (FRA) announced the recipients of more than $302 million in grant funds under the Federal-State Partnership for State of Good Repair Program (Partnership Program) to help repair and rehabilitate railroad infrastructure across the country. The grants will fund 12 projects in nine states.

“This $302.6 million federal investment will upgrade rail infrastructure and enhance safety on the tracks and at railroad crossings in rural and urban communities across America,” said U.S. Transportation Secretary Elaine L. Chao.

FRA will make the remaining $93.4 million available with a Notice of Funding Opportunity for FY 2020 Partnership Program funds.

Replaces the existing movable Norwalk (Walk) River Bridge, built in 1896, with two independent two-track vertical lift rail bridges. The project also includes associated improvements to the embankments and retaining walls on the bridge approaches, new catenary structures, and signal system upgrades. The existing bridge is beyond its useful life and is prone to malfunctions, especially when opening or closing. Its replacement will reduce speed restrictions, reduce the risk of service disruptions, and improve resiliency to extreme weather events. The project is identified as a regional priority in the Northeast Corridor Commission’s five-year capital plan.

Rehabilitates and modernizes three interlockings on the Metra-owned Milwaukee North Line in Illinois. The line is used by Amtrak’s Hiawatha and Empire Builder services, Metra’s Milwaukee District North service, and two freight railroads. The project will bring signal components into a state-of-good-repair, improve compatibility with Positive Train Control, and replace obsolete components for which replacement parts are no longer available. Signals will be replaced and upgraded at all three interlockings, and at Rondout, a new track connection to Metra’s Fox Lake subdivision will be added, increasing capacity and reducing delays. Benefits include improved reliability and fewer delays by maintaining current speeds and avoiding future speed restrictions.

Rehabilitates and upgrades a five-mile section of the Amtrak-owned Northeast Corridor (NEC) mainline near Baltimore, MD. The project will restore Track A to FRA Class 5 (90 mph) from Class 3 (60 mph) to support higher speeds, improve ride quality, and provide operational flexibility. The project will upgrade Track A from Winans to Bridge interlockings, replacing timber ties with concrete, installing heavier rail, and laying new ballast. These upgrades will enable high-speed operations on all four tracks on this segment. The project will also enable service to be maintained while tracks are taken out of service to allow critical repairs take place in the B&P tunnel. The project is included in the Northeast Corridor Commission’s five-year capital plan as a regional priority.

Rehabilitates and upgrades signal and track infrastructure on the state-owned Kalamazoo-Dearborn corridor, used by Amtrak’s Wolverine and Blue Water services as well as multiple freight operators. The work includes signal and grade crossing component rehabilitation, including replacing switch machines, switch heaters, backup power generators, and 26 gate crossing mechanisms at 18 crossings along the line. Additional work includes replacing 10 turnouts used to move on and off the mainline tracks. The project will improve the corridor’s state of good repair, safety, and reliability, reduce passenger train delays, and contribute to enabling 110-mph service in the corridor.

Provides funds toward the intercity passenger railroad’s cost share for the Portal North Bridge Project, which replaces the existing two-track movable Portal Bridge with a new, 2.44-mile, two-track fixed span crossing the Hackensack River in northern New Jersey. The existing bridge is used by 450 daily trains with more than 200,000 daily passengers between Amtrak’s intercity services and NJ Transit’s commuter rail services. The new span will have a 50-foot clearance above the river, eliminating the need for a movable span that interrupts rail operations. This will reduce delays caused by bridge openings needed for waterway traffic, and mechanical failures related to opening or closing the existing bridge. Operating speed will increase from 60 to 90 mph, improving network performance. NJ Transit will also operate longer and higher capacity trains over the new span, increasing peak hour passenger capacity. Amtrak will be able to meet current and projected future intercity passenger demand. The project is identified as a regional priority in the NEC Commission’s five-year capital plan.

Reconstructs Substation 41, an Amtrak-owned electrical facility in Kearny, NJ, that powers Northeast Corridor main line services in northern New Jersey into Penn Station New York. The proposed reconstruction includes: (1) rebuilding the substation at a higher elevation (15 feet); (2) creating a larger platform; and (3) rerouting or redirecting up to four traction power transmission circuits that feeds the substation. When connected to NJ Transit’s independent power generation system, the rebuilt Substation 41 will provide redundant power for the Northeast Corridor in the event of regional blackouts, severe weather, or cyber-attacks.

Replaces 210 catenary structures on the Amtrak-owned Hell Gate Line between Penn Station, New York and New Rochelle, NY. The structures were installed in the 1910s, have exceeded their useful life, and are prone to component failures related to age and fatigue. The project is part of the broader Penn Station Access project that would provide one-seat commuter rail passenger service to Penn Station New York (PSNY) for MTA Metro-North Railroad’s New Haven Line riders. The Hell Gate Line is used by Amtrak’s NEC services and freight, and the project will increase reliability and resilience of the electrical traction system for the current intercity passenger rail services. Replacing the catenary structures will also reduce risks of future structural failures that would cause passenger delays.

Purchases six locomotives and 13 passenger coaches to replace existing state-owned equipment that are 30- and 50-years old, respectively. The project is the second phase of NCDOT’s equipment procurement program, building upon a previous Partnership Program award to procure passenger coaches. The equipment will serve Amtrak’s Piedmont service between Charlotte and Raleigh, NC. The project will enhance service and support continued growth, including a fourth daily Piedmont round trip planned for 2023. The new fleet will reduce train cancellations and delays, provide consistent and reliable service, improved on-board amenities, as well as meeting all safety and accessibility requirements.

Rehabilitates and upgrades Track 2 from Glen to Thorn Interlocking in Chester County, PA, on the Amtrak-owned Harrisburg Line between Philadelphia and Harrisburg. The project will upgrade 10 miles of track to FRA Class 3 standards (60 mph) and upgrade the signal system with in-cab bidirectional signals. The corridor services Amtrak’s Keystone and Pennsylvanian services, SEPTA’s Paoli-Thorndale service, and freight operations. The project will eliminate a choke point, enhancing rail capacity and reliability while also improving operational safety and flexibility.

Featured photo by ddzphoto from Pixabay.